Be inspired: A family camping favourite, D’Aguilar is right on Brisbane’s doorstep!

Are we there yet? Well kids, almost! D’Aguilar National Park is the closest, large-scale national park to any capital city in Australia, beckoning you for an easy weekend getaway. Photo credit: Tom Genek © Queensland Government 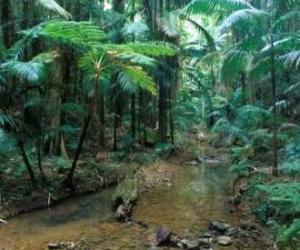 Subtropical rainforest is just one of the vegetation types found in D'Aguilar National Park. 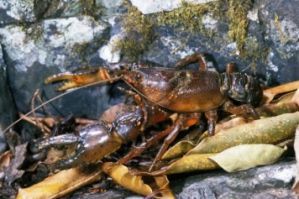 D'Aguilar National Park has a variety of habitat types including dry and wet sclerophyll forests, eucalypt woodland, subtropical rainforest, rocky outcrops and freshwater systems. In these habitats, more than 200 species of native animals are protected.

Several near-threatened, vulnerable and endangered animals and plants have been recorded in the park.

The first Europeans to enter the D'Aguilar Range area were farmers and timber-getters in the 1840s. Much of the country around the range was cleared for farming. Giant red cedar and hoop pine trees were felled and used as timber to build houses that still stand in Brisbane today.

Around the 1860s, gold prospectors staked their claims on quartz-bearing rock in the hope of striking it rich. Despite their hard work, the mines produced only small amounts of gold and were abandoned in the 1950s. Remains of gold mine shafts can still be seen in the park today along the Golden Boulder track at Bellbird Grove.

The earliest timber reserves were gazetted in 1918 and extensive logging of hardwoods took place after World War II. In 1930, Maiala National Park was declared—the first national park in the D'Aguilar Range. Declaration of other national parks followed, including Jollys Lookout (1938), Manorina (1949) and Boombana (1950). Camp Mountain lookout was constructed in the 1970s.

In 1977, through a partnership between the community, Queensland Government and Brisbane City Council, the visionary concept of a 'park for the people' was born. This alliance was established to protect this expansive bushland area and preserve its values for the future.

The declaration of D’Aguilar National Park in 2009 marked another important chapter in ensuring the park remains a place where people can walk, ride and appreciate the natural beauty of the protected bush on Brisbane’s doorstep.