Be inspired: Long hikes in Lamington take you back through time

Have you ever wondered what it would be like to step back in time, not hundreds of years but millions? Photo credit: Lightcapturer © Queensland Government

Roll up, roll up! You’re about to meet the show-stopping performers of our Gondwana World Heritage Area rainforest! Photo credit: Lightcapturer © Queensland Government 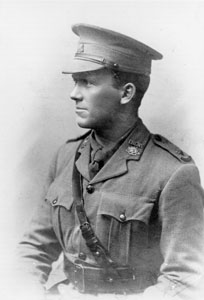 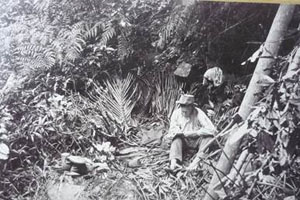 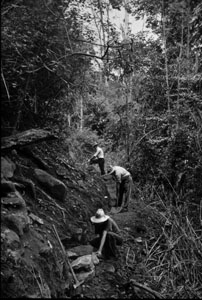 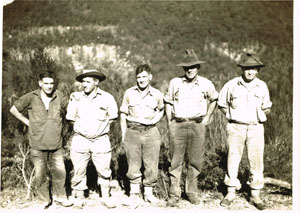 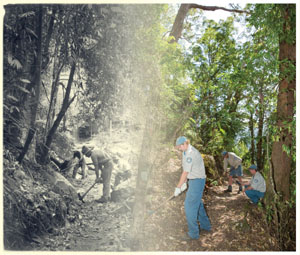 On 31 July 2015, Lamington National Park celebrated 100 years of conservation. The 21,176ha World Heritage-listed national park is home to 390 species of Australian wildlife and features one of the most diverse areas of vegetation in the country. Visitors can enjoy 130km of walking trails, including many of the original walking tracks that were built in the 1930s.

Lamington National Park has found a place in the hearts of many that have visited over the last 100 years. The campaign to preserve the resource-rich, mountainous land as national park began in the 1890s with a particularly passionate grazier Robert Collins, who, while travelling overseas, learned about the world’s first national park, Yellowstone, in the United States.

Mr Collins was elected to the Queensland Legislative Assembly in 1896 and campaigned to have the area declared a national park. While New South Wales and Victoria had successfully declared national parks by 1900, many in Queensland still saw the land as a timber supply or potential dairy farm, and opposition remained strong. Attitudes began to shift by 1906 when the Queensland Parliament passed The State Forests and National Parks Act 1906. This led to the state’s first national park, Witches Falls (Tamborine Mountain), being declared in March 1908.

In 1911, Romeo Lahey, the engineer son of a Canungra sawmiller, joined the campaign and continued the fight after Collins’ death in 1913. Lahey argued that an even larger parcel of land should be protected and drummed up support from locals with ‘lantern lectures’ (slide shows) and door-knocking.

In July 1915, 19,035ha of mountainous, forested land was declared Lamington National Park, in honour of the past Queensland Governor Lord Lamington. It was the state’s ninth national park, accomplished by a 20-year campaign.

For Romeo Lahey, the campaign to protect the area that would become Lamington National Park would be a life-long passion that would last long after gazettal. The son of a timber-getter and Canungra sawmill operator, Lahey would often explore the surrounding region. In 1911, while studying an engineering degree at Sydney University, he returned to South East Queensland with a friend, William Potts, and documented their journey up the Coomera River to the border (McPherson Range). The article set in train his concept of a larger national park on the Queensland side of the McPherson Range.

‘…it is a land of mountains, waterfalls, valleys, rivers, scrubs, forests, magnificent panorama and charming spots teeming with native animals and plant life. Its mountains run up to 4000ft. high, and its waterfalls are not equalled outside the State. Within a five mile radius of the head of the Coomera River, there are fifty falls from 20ft to 600ft high, some of them the finest I have ever seen’.
(R.W. Lahey ‘The Queenslander’ 9 Sept. 1911.)

Later that year, Lahey made his first approach to the Queensland Government for a large national park in a letter to Hon. E.H. Macartney, Minister for Lands.

‘This country contains some of the most beautiful country scenery I have ever seen…and culminates in the McPherson range in peaks over 4000ft high, from which an unsurpassed panorama is obtained over NSW and SE Queensland, including Brisbane. It is an ideal place in every way for a National Park… It will make a splendid preserve for game; at present it teems with all forms of native animal and bird life, many forms of which (e.g. lyre bird) are becoming extinct.’
(R.W.Lahey Letter to Hon. E.H. Macartney, 30 June 1911.)

In 1913, Lahey continued to write letters promoting the area of the McPherson Range for consideration as a national park to the Lands Department and copied letters to the shire councils of Tamborine and Beaudesert and then Premier Hon. D.F. Denham. He emphasised the economic and national importance of leaving scrub in rough country and articulated the responsibility of his generation in handing down to the next the ‘great heritage’ that had been handed to them.

‘I implore you in the name of, and for the sake of generations yet unborn, to vote for the immediate and total reservation of that area.’ (R.W.Lahey extract from letters to the Beaudesert and Tamborine Shire Councils, 25 June 1913.)

When World War I (WW1) broke out in August 1914, focus shifted away from the national park proposition. Undeterred, Lahey continued the campaign and in April 1915 he wrote to the Lands Minister, Hon. James Tolmie about his exploration of the McPherson Range. By May he had used lantern lectures (slide shows) and canvassed residents around the area of the proposed park for signatures on a petition in favour of the national park. He then wrote to the Minister of Lands Department advising that 521 residents of the district, a clear majority, had signed a petition in favour. He included an 11-page letter setting out 10 reasons for reserving the proposed national park: including the health benefits, the economic benefits, and the benefit to flora and fauna species preservation.

‘The reserve should be set apart for ever for the use and benefit of our people as a whole and not sacrificed to the short-sighted greed of a few.’ (R.W.Lahey Letter to the Minister of Lands Hon. James Tolmie, 20 May 1915.)

Following the state election and the new TJ Ryan Labor Government in May 1915, Lahey appealed to the newly appointed Minister for Lands, Hon. John Hunter, with a letter, photographs and signed petition. On 30 July 1915, the park was proclaimed and gazetted as Lamington National Park in honour of Lord Lamington.

After the area was proclaimed and gazetted as Lamington National Park, Lahey continued to fight for the national park ideal. In October 1915, he delivered a lecture to the Royal Geographical Society of Australasia Queensland Branch titled ‘Some reasons why national parks should be established in Queensland, with special reference to Lamington National Park’, and called for other large areas to be reserved as national parks as well as an extension of the state forest system. While enlisted in WW1 with the 11th Field Company Engineers AIF, Lahey continued to steer discussion about the park’s management, protection of all species, its access and the naming of locations (he suggested Aboriginal words be used as placenames).

‘There is only one way to “improve” a national park and this is to leave it absolutely alone.’
(In a letter to Minister for Lands, Hon. John Hunter.)

‘I could wish that you were here to help with your advice and other ways on this great matter which although to-day is not of much consequence will to come generations be of the greatest moment because the preservation and value of these creations cannot be overestimated. …One thing I am quite determined upon and that is the preservation of the park—an heirloom to the State as nature left it.’

By September 1919, Lahey had returned to Australia and was available to act as guide for Mr J. Hunter (now Queensland Agent General elect.) on his first visit to Lamington.

The park remained largely unpatrolled apart from scientists and government surveyors, until early 1919, when the O’Reilly brothers and cousins, along with Mr George Rankin were appointed unpaid honorary rangers under The Native Animals Protection Act 1906. Later that year, Mick O’Reilly was made the first paid park ranger, for £4 a week, an above average wage for the time (the average wage then was about £3 18s 7d a week (3 pounds and 18 shillings 7 pennies)). Mick O’Reilly had recently returned from the WWI Middle East campaign and was charged with protecting the park boundaries against illegal logging and poaching and eventually commencing the access tracks to scenic locations.

In 1937, the Forestry Sub-Department employed Lamington’s first forest ranger, Jack Gresty, and Gus Kouskos was appointed first track sub-foreman. An official full-time national park ranger for South Queensland, George Gentry, had also been appointed. Despite the Great Depression (1929–1939), government funding was approved for construction of tracks and other facilities beginning in July 1937. With the use of relief workers, groups of up to 50 men were employed to build a large portion of the track system, much of which is still open today. It is during this time that the Main Border Track was constructed. Built in two sections; one track crew from O’Reilly’s cut their way towards a second track crew working from Binna Burra, the 21.4km Border Track cost £1080 (approx. $90,300 today) and took 17 months to construct.

Construction crews lived in tent-like accommodation, and spent their days clearing trees, shifting large rocks and excavating and benching slopes by hand along the surveyed route.

Many of the techniques, such as rock wall pitching and the construction of stone inverts, are still used in track building and maintenance today.

Today, Lamington is the second-largest national park on the Scenic Rim and is internationally renowned for its ecological importance and inherent beauty.

QPWS rangers continue the role of protecting and presenting this World Heritage-listed park while managing increased visitation and the demand on facilities and park infrastructure.