The Queensland Government has acquired three properties adjacent to the existing Currawinya National Park, more than doubling the size of the park and increasing protection of the region’s significant natural and cultural values. The purchase of Boorara (115,000ha), Werewilka (53,000ha) and Bingara (21,000ha) will bring Currawinya National Park to a total area of around 344,000ha, and make it one of Queensland’s largest national parks. Photo credit: Sherri Tanner-McAllister © Queensland Government 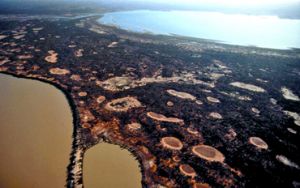 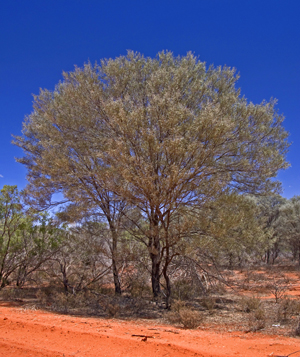 Mulga is the dominant tree of semi-arid south-west Queensland. Charleville turkeybush and other Eremophila species thrive in sandy soils. 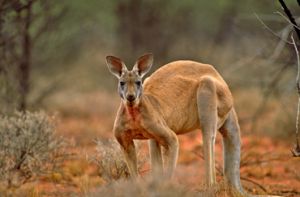 Watch for red kangaroos and other wildlife when travelling on outback roads.

Two large lakes, separated by only a few kilometres of sand dunes, are the centrepiece of a fascinating mosaic of habitats across the park.

Lake Numalla holds freshwater, while the slightly larger Lake Wyara's water is saline. Although both fill from the local area, Lake Numalla is more frequently flushed by floodwaters overflowing from the Paroo River.

After good rains, water also fills the many temporary lakes and claypans between the dunes and low ranges as well as the channels of the Paroo River and its tributaries.

Read more about wetlands in Queensland including Currawinya.

The park has a variety of vegetation types typical of the south-west Queensland mulga lands. The region is dominated by mulga (Acacia aneura) which has dark fissured bark and silver-grey foliage. Mulga communities range from tall shrublands (in the west) to open forests (in the east).

Channels and floodplains of the Paroo River and other creeks are fringed with yapunyah (Eucalyptus ochrophloia), coolibah (E. coolabah) and river red gum (E. camaldulensis). Black box (E. largiflorens) and boobialla (Myoporum acuminatum) border Lake Numalla and many of the smaller temporary lakes. In contrast, saline Lake Wyara is fringed by dunefields with low shrublands of salt-tolerant samphire (Halosarcia sp.).

Smell the pungent aroma of gidgee (Acacia cambagei) before or during rain.

Animals of land, air and water

Watch along the river for water rats hunting small animals in the early morning and little pied bats skimming insects from just above the water surface after dark. During the day, whistling kites dive into the water to scoop up fish.

Currawinya's lakes are important breeding and refuge sites for inland birds. They provide habitat for a spectacular array of waterbirds including waders migrating through inland Australia. Each lake supports a distinct community of waterbirds due to differing water conditions. Generally more waterbirds can be seen on Lake Wyara (the salt lake) than on Lake Numalla.

Smaller waders and plant-eating waterbirds feed in the clear, salty waters of Lake Wyara, which has more aquatic vegetation and invertebrates.

Shallows are the home of small to medium sized wading birds such as sandpipers, godwits, snipes, rails, dotterels and stilts which search the water, mud and plant-life for invertebrates.

At times thousands of black swans, coots, and numerous species of ducks and grebes are seen on Lake Wyara. Lake Wyara is a major refuge for pink-eared, hardhead, black and wood ducks and the rare freckled duck. It also provides safe breeding grounds for red-necked avocets, silver gulls, Caspian terns, cormorants, black swans, Australian pelicans and many other species. Some birds fly to Lake Numalla and other freshwater lakes and waterholes to feed.

After long periods of severe drought, Lake Wyara becomes a vast, white saltpan. Waterbirds escape to Lake Numalla or to other lake and river systems.

After heavy rains, high bird numbers are usually maintained well into the dry period because the lakes are large and highly productive. 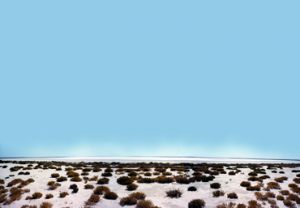 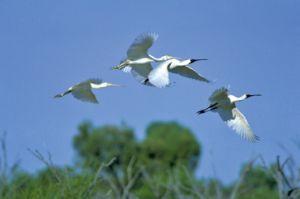 Spoonbills and other wading birds fly long distances to Currawinya when conditions are right. 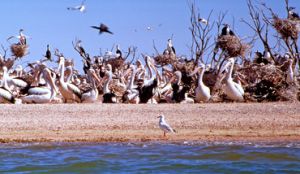 Lake Wyara is closed to boating to protect nesting birdlife.

Outback wetlands and the wealth of life within

Currawinya National Park contains some of the richest and most diverse examples of wetlands in inland Australia. In addition to the large and small lakes, the iconic Paroo River also runs through Currawinya National Park. This 600 kilometre-long river has a catchment of over 70,000 square kilometres and is the last free-flowing river in the Murray-Darling basin. In wet times it forms a vast floodplain and adds to the water levels in Lake Numalla, in the dry the river becomes a string of waterholes, such as the Corni Paroo waterhole within Currawinya National Park.

The wetlands of Currawinya act as flood control mechanisms and drought refuges for birds and other wildlife. No other wetland complex in arid or southern Australia is thought to consistently support such large populations of waterbirds.

Researchers from the University of Newcastle and rangers have undertaken studies to determine the effects of changing water levels and conditions on birds of these outback lakes.

When water levels in the lakes are low, lake water can be 10 times as salty as sea water, yet when full the water can be quite fresh. High plankton levels lead to an influx of filter-feeding birds such as pink-eared ducks, as well as enormous numbers of fish.

Breeding colonies of pelicans have been studied at Currawinya as well as many other species. In times of drought across the mulgalands, more than 10,000 freckled ducks have been seen in the park.

Studies of Lake Yumberarra, a small lake which is fresh or salty depending on the seasons, have recorded 58 of the park’s 73 known species of waterbirds. Currawinya’s largest lakes—Numalla and Wyara—support great numbers of waterbirds at a time, but have fewer species. 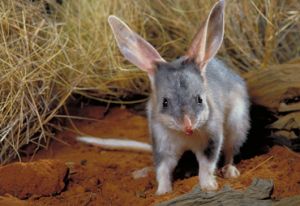 Captive-bred bilbies have been released into a predator-proof enclosure built at Currawinya.

'Save the Bilby' fence

With the incredible assistance of many volunteers and funded by generous donations from people across Australia, a 25 square kilometre electrified predator and feral animal-proof enclosure was officially opened at Currawinya at Easter 2001.

Captive-bred bilbies have been released into the enclosure to re-establish a wild breeding population at Currawinya National Park as part of the national strategy to recover this endangered species. The bilbies are breeding well with many juveniles recorded.

Currawinya was selected as the reintroduction site because bilbies once occurred there and it is roughly the centre of the bilbies' former geographical range in eastern Australia.

For the wellbeing of the bilbies and people alike, the bilby fence is not accessible to visitors. But a replica one can be seen near the Currawinya woolshed. For details of where you can see live, captive-bred bilbies contact the Charleville Tourist Information Centre at www.murweh.qld.gov.au or email tourism@murweh.qld.gov.au The ruins of Caiwarro Homestead give an insight into life in the past.

The lakes, rivers and other land systems of Currawinya are an integral part of the way of life to the Traditional People of this area and neighbouring areas. Lakes and waterholes are of particular importance to Aboriginal people, especially during waterbird breeding seasons when people would congregate at these sites to hunt and gather eggs.

The old Caiwarro Homestead site is of particular interest to heritage enthusiasts. Here the remains of numerous buildings, machinery and a levee bank create a picture of life in the past. Take care near the ruins.