Park open 9am to 4pm, seven days a week

Our wildlife and Park Rangers look forward to welcoming you to the park. As part of our COVID-safe plan, we have implemented some changes—please ensure you review all information before you visit.

Discover the beauty and diversity of David Fleay Wildlife Park through the virtual ranger guided tours. Get up close and personal with some of the park’s unique animals through the Augmented Reality experiences. It’s like having a personal ranger in the palm of your hand.

Be inspired: 5 things you didn’t know you could do at David Fleay Wildlife Park

Tucked away in the heart of Burleigh Heads is David Fleay Wildlife Park—a park unlike any other. Cute and quirky critters—tick! Wildlife shows—tick! But what makes Fleay’s different? Here are our top 5 things you didn’t know you could do at Fleay’s. Photo credit: Steve Browne © Queensland Government 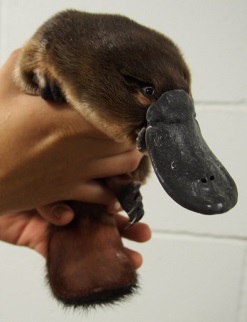 Wally being weighed during his weekly check-up at David Fleay Wildlife Park. 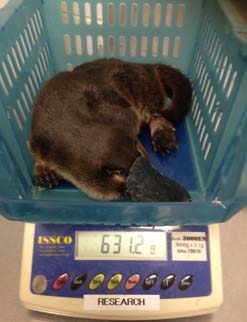 The David Fleay Wildlife Park is now home to a young male platypus called Wally. In January 2014, a member of the public found Wally injured and underweight—now in his new home he is growing stronger everyday.

Wally was found injured and underweight by a member of the public near Mount Warning in northern New South Wales back in January. Weighing in at less than 200 grams, he needed some intensive care from our rangers in the form of four-hourly feeds of crayfish, insects and worms. Now he weighs over 700 grams, but he will never grow strong enough to be released back into the wild. Wally’s new home is the park’s nocturnal house.

The legacy of Dr David Fleay is being carried on because Wally is part of the wide range of educational programs offered by David Fleay Wildlife Park that encourages community awareness and appreciation of our native wildlife.

He looks cuddly now but rangers caring for Wally won’t be getting too many cuddles in the future. Wally is a male platypus, which means as gets older the venomous spurs on his hind legs will develop as he matures. While the venom hasn’t caused any known human fatalities, people who have been spurred reported prolonged periods of extreme pain. That is why Wally is being handled less and why it is a good reason never to pick up a platypus in the wild!

Wally won’t be spending all of his time in the nocturnal display tank. Once he has eaten his fill, he is free to venture out of the water and behind the display tank into a specially designed burrow system with grass-lined nesting chambers to rest. So, if at first you can’t spot him, make sure you come back a little later to see if he is up and about.