If the cruise scene is not your style and you’re not quite ready to hitch the caravan and swap stories with strangers over a cuppa, why not get lost in a wilderness so hidden, most Australians don’t even know it exists?

If the cruise scene is not your style and you’re not quite ready to hitch up the caravan and swap stories with strangers over a cuppa, why not get lost in a wilderness so hidden, most Australians don’t even know it exists?

We’re talking about Byfield National Park, Conservation Park and State Forest, hidden above the cattle capital of Australia, Rockhampton. Given its size—15,000 hectares!—it’s hard to think you could miss a national park almost half the size of the Gold Coast… but plenty of people do.

Not sure where to even start exploring this coastal oasis? We’ve got you covered! Here are 10 things you didn’t know about Byfield.

1. You don’t need a 4WD to enjoy some parts of Byfield You can access Upper Stony, Red Rock and Water Park Creek day-use areas in Byfield State Forest via unsealed roads in your 2WD. Visit for the day to picnic, walk, swim, paddle your canoe and ride your mountain bike. Too good to leave? Camping areas adjoin each of the 3 day use areas in the state forest so you can linger longer!

2. There are some great 4WD opportunities! 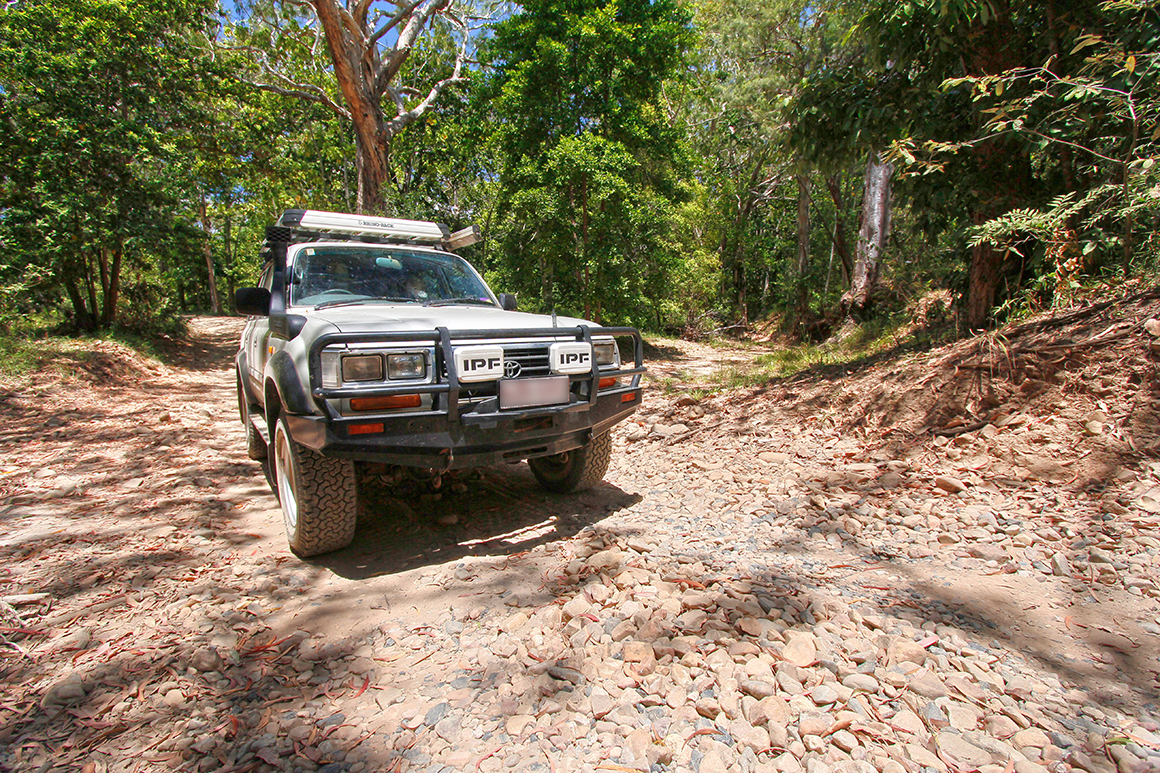 It’s all about the clearance in Byfield, so you need a high clearance 4WD to access the most remote and rugged parts of Byfield National Park and Byfield Conservation Park.

If you’re not experienced, make sure you travel in convoy with other more experienced drivers in case you get bogged in the soft sand.

Always remember to keep to designated tracks to protect the environment and ensure your safety. And take note of signs indicating areas where vehicle access isn’t allowed to avoid a fine!

3. You can travel by boat Not into road trips? No bother! Travel by boat between the beaches of Byfield instead of driving.

You just need to launch your boat at the end of Corbett’s Road into Water Park Creek and set sail. If conditions are suitable and you have a 4WD, you can also launch from Nine Mile Beach and Corio Bay. You can land your boat on any of Byfield’s beaches providing it is safe to do so. Keep your eye on the tide times though! 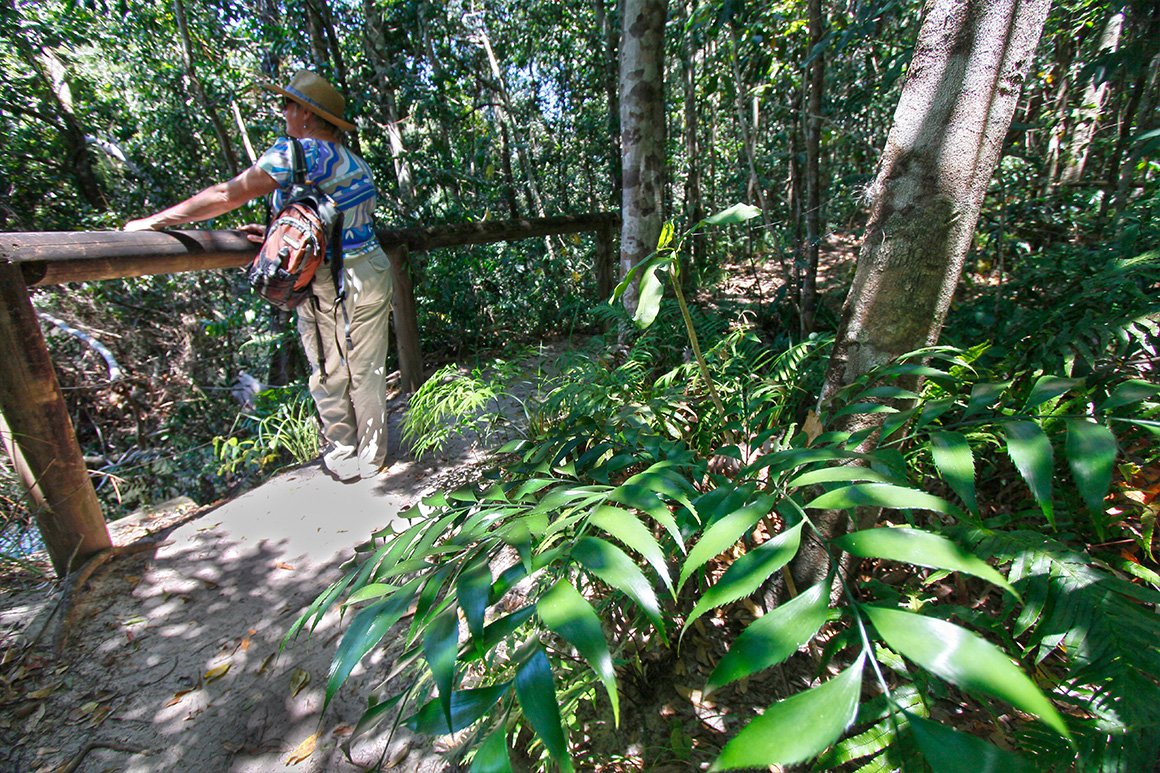 With habitats ranging from wallum heath and wetlands to tall eucalypt woodlands and rainforests, you’ll be kept busy identifying some of the 400 species of plants found here!

5. Byfield is teeming with native wildlife With over 36 different ecosystems within the park, it’s no surprise Byfield’s native animal diversity is as impressive as the landscape itself.

Whether you’re a bona fide twitcher or part-time hobbyist, pack your binoculars for the chance to spot more than 145 bird species. Twenty species of migratory shorebirds use Byfield as a ‘pit-stop’ along their annual migration route between north-eastern Asia and Australasia.

Your best chance of seeing the spectacle of thousands of shorebirds (waders) roosting and feeding is at Sandy Point and Corio Bay in Byfield National Park (4WD access only), which record up to 15,000 birds between September and March each year.

If you’re visiting between October and April, keep watch for rainbow bee-eaters in the heathlands and headlands along the coast.

Seventy different mammals have been counted too, including 25 different bat species.

6. You can even watch whales at the right time of year! 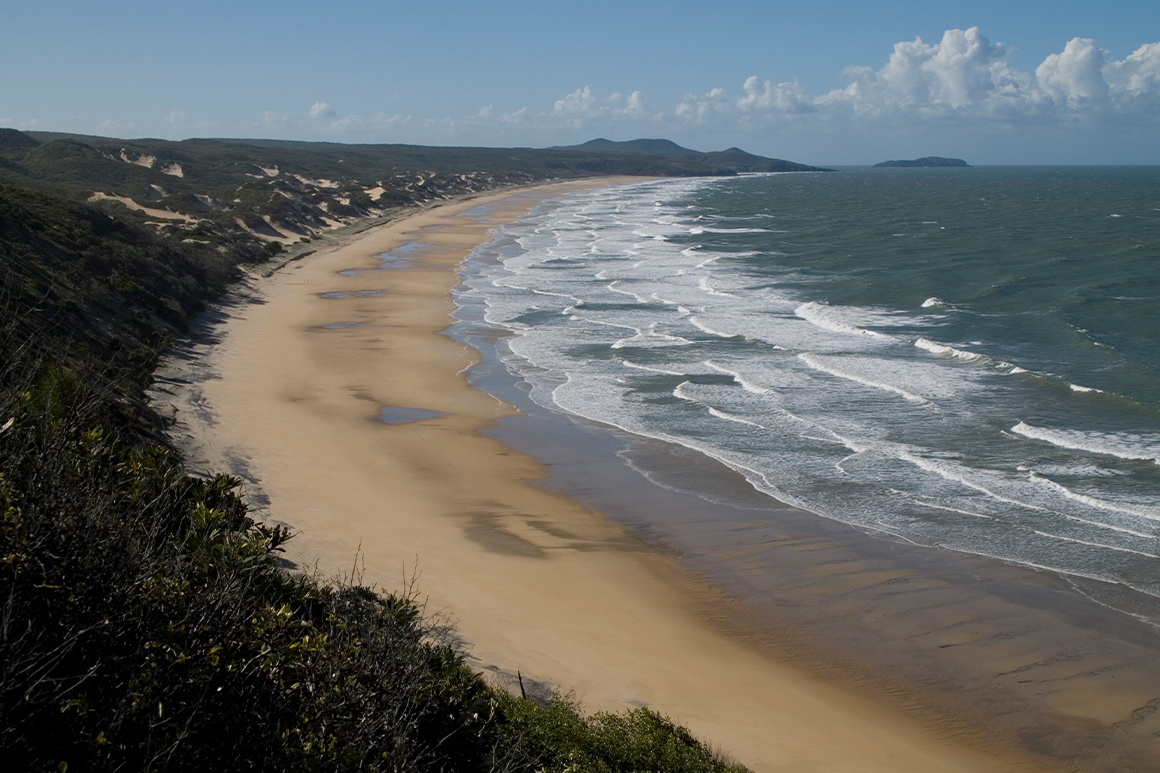 Between August and September, sit on the rocky headlands of Byfield National Park to catch a glimpse of passing humpback whales on their annual migration along the coast. If you’re lucky you might even spot dolphins and turtles wading in the shallows too. The best spot for water views is Stockyard Point Lookout, where you can see across to the Keppel Island Group.

On ground level, at Sandy Point, you may be able to see the wreck of the ketch Violet, which ran aground during a storm in 1896, if you time your visit with the tides.

By the way, if you’ve gone too many days without FaceTiming, Stockyard Point Lookout is the best place to try your luck for phone reception!

7. There are plenty of walking tracks to explore Whether you like a short stroll or a bum-burning hike, you’ll find something to suit from among the many tracks that crisscross Byfield.

In the national park, a 2km return walk from Banksia car park explores heathlands, while from Nine Mile Beach you can stroll beside Freshwater Creek or hike to the Orange Bowl sand blow for panoramic views over Byfield’s coast and hinterland. Orange Bowl gets its name from its colour—bright orange which contrasts against the green trim of heath, woodland and forest, which grows right up to the dune.

For something a little more challenging, try Queen Mary, a 4km walk to Byfield’s largest active sand blow on the southern end of Nine Mile Beach. (Note you can’t take vehicles onto sandblows).

And, in Byfield Conservation Park, from Five Rocks you can set out on a beach walk of several hours to explore the headland, checking tide times to make sure you can return safely.

8. You can catch fresh fish for dinner If your local estuary has been crowded of late, cast off and see what you think of Byfield National Park’s fishing options.

The best fishing spots are boat and 4WD accessible-only, which adds to the allure because this is not a destination for the fair-weather fishers. Byfield means business.

Corio Bay and Byfield’s beaches are where you’ll find most keen anglers. The rocky headlands hold anything from barra to trevally and everything in between. And remember, the fresher the bait the more appealing it is to fish! Don’t use imported, raw prawns from the supermarket as bait, as they may carry diseases which can get into our waterways and harm our prawn populations.

Fish not biting? Don’t worry, there’s a cafe attached to Byfield General Store if you end up needing to buy a meal instead.

9. You can get wet here with confidence 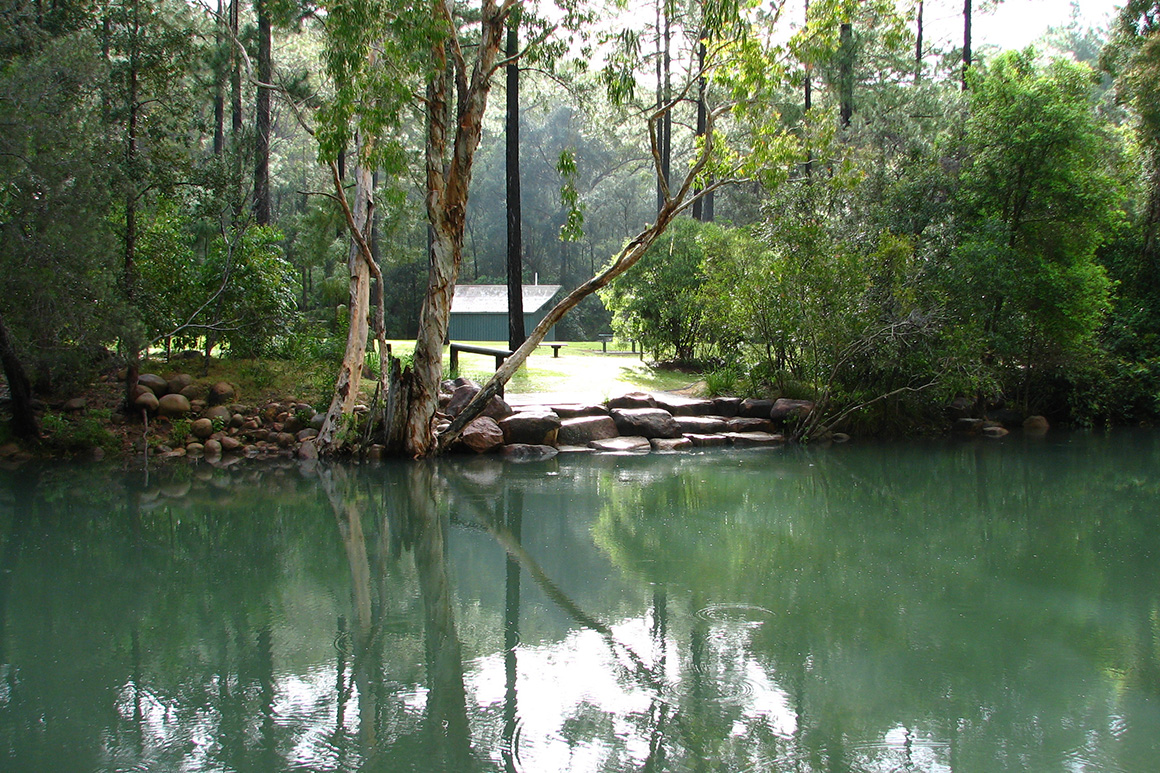 If you’re a dip-your-toes-in-a-creek kind of visitor, Findlays and Freshwater creeks on the coast run most days of the year—and promise calmer than the Mediterranean conditions for those who don’t like getting their hair wet. Swimming at Upper Stony is pleasant when the creek is running—during dry weather the creek doesn’t always flow so time your visit right!

And, if you enjoy splashing a paddle, the cool clear tranquil waters of Water Park Creek in the state forest are perfect for canoeing and kayaking.

10. There are 6 camping areas to choose from Along with several 2WD-accessible camping areas in the state forest, where visitor facilities are laid on, Byfield national and conservation parks offer remote coastal camping that is second to none! To get to these far-flung sites you need a high-clearance 4WD or a boat.

With the exception of Scouts Camp you can even take an off-road camper trailer and set up in one of the marked sites, with ‘Cape York-style’ 4WD access.

If your choice of a camp site is dependent on the chance to have a camp fire, Scouts Camp is out as fires are prohibited. At Nine Mile Beach, you can have an enclosed fire (in a fully enclosed container with legs to keep the fire off the ground).

For facilities, the Rolls Royce-equivalent is Five Rocks, with fire rings, cold showers, composting toilets, picnic tables and water (not suitable for drinking), and a vehicle-free beach.

Are you ready for some Byfield action?

Find out all you need to know for planning your Byfield camping adventure in Byfield National Park, Conservation Park and State Forest. Always check park alerts before you set out.