South-East Queensland is the cradle of Queensland National Parks. So let’s take a tour of 4 of our earliest parks to learn the fascinating stories behind their creation and find out how to best enjoy them today.

South-East Queensland is the cradle of Queensland National Parks. So let’s take a tour of 4 of our earliest parks to learn the fascinating stories behind their creation and find out how to best enjoy them today. View of landscape on Tamborine Mountain, 1879 | State Library of Queensland

Step back to the early-1800s. First Nations peoples have a close relationship with their traditional land—a relationship that has lasted at least 65,000 years—based on respect. Land sustains people and people sustain the land through culture and ceremony.

It’s now mid-1800s and European settlers have arrived. They see the land and its resources very differently… as they spread out across the country, they harvest timber and clear the land for grazing and farming.

While economic development is the settlers’ mantra, some are becoming concerned about changes to the landscape.

The world’s first national park, Yellowstone in the USA, is declared in 1872, ‘for the benefit and enjoyment of the people’ and where all ‘timber, mineral deposits, natural curiosities, or wonders’ would be kept ‘in their natural condition.’

The scene is set for the creation of our first national parks!

The first stop in your magical history tour is Tamborine National Park.

Just south of Brisbane, Tamborine Mountain is the northernmost remnant of the ancient Mount Warning volcano. Tamborine is part of the traditional lands of the Danggan Balun people who relied on its rainforest and eucalypt forest for food and materials.

In 1875, the mountain was ‘opened’ to European settlers, who began clearing the land for timber and grazing. Alarm at the rate of forest clearing on Tamborine Mountain led to the declaration, in March 1908, of Queensland’s first (albeit small) national park—131 hectares at Witches Falls. Early visitors, like visitors today, enjoyed the park as a chance to experience nature and admire beautiful scenery. Witches Falls, together with other sections of forest on the mountain, is now part of Tamborine National Park.

Danggan Balun people still walk the land of their ancestors, telling stories and reminding visitors that this land has a shared heritage. Visit this very first national park to explore the 3.6km Witches Falls circuit. Meander through open banksia forest, rainforest with giant strangler figs and piccabeen palm groves before reaching Witches Falls (which only flow after recent rain). Extend your walk by branching onto the 2.6km Witches Chase track to gaze at large red cedars and eucalypts. Here’s a question to ponder as you walk—what is it about this place that led people to first recognise the need to preserve our native plants and animals against economic development? Is it the outstanding beauty of subtropical rainforest, the majesty of huge red cedars and strangler figs or the sense of peace that nature offers? Our second national park followed hot on the heels of the first—Bunya Mountains National Park was declared just a few months later in July 1908. 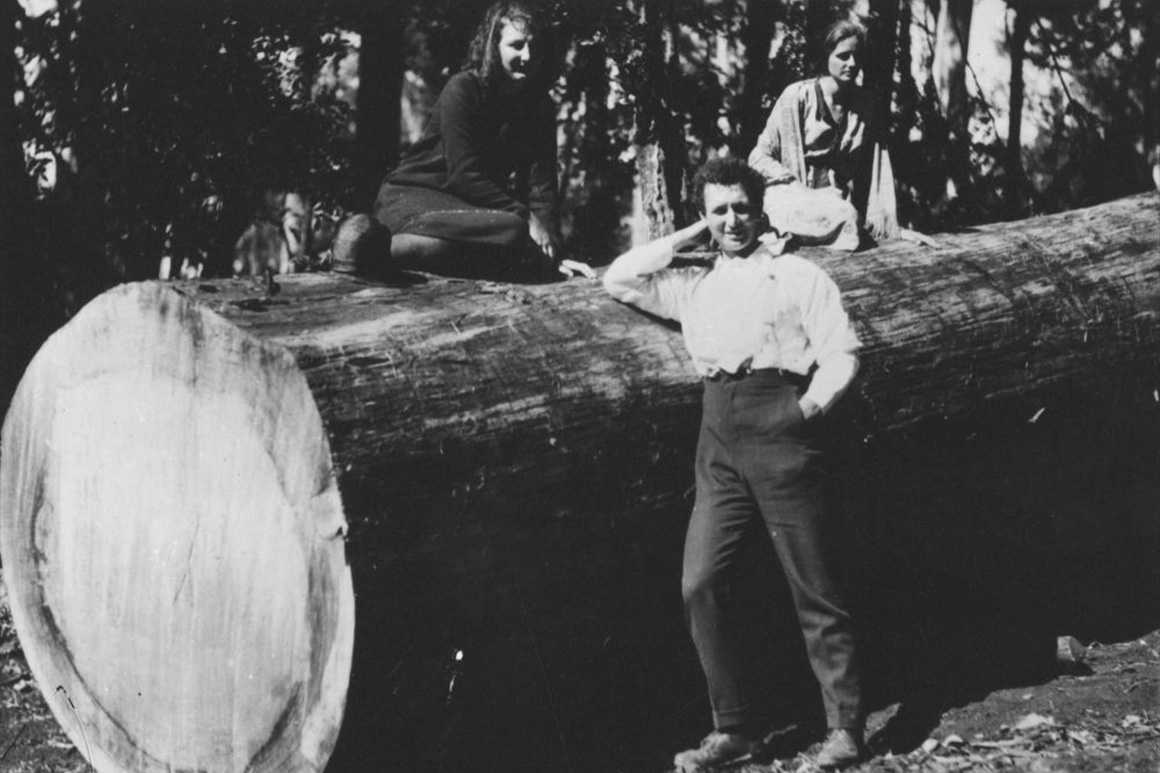 Then, around the mid-1800s, European settlers moved into the region and began logging—firstly for red cedar and then for bunya and hoop pines. It took 20 years of lobbying against timber and grazing interests to set aside 9,000 hectares on the mountain for a national park.

Meanwhile, settlers had begun visiting the Bunyas for relaxation and beautiful scenery, just as we do today… 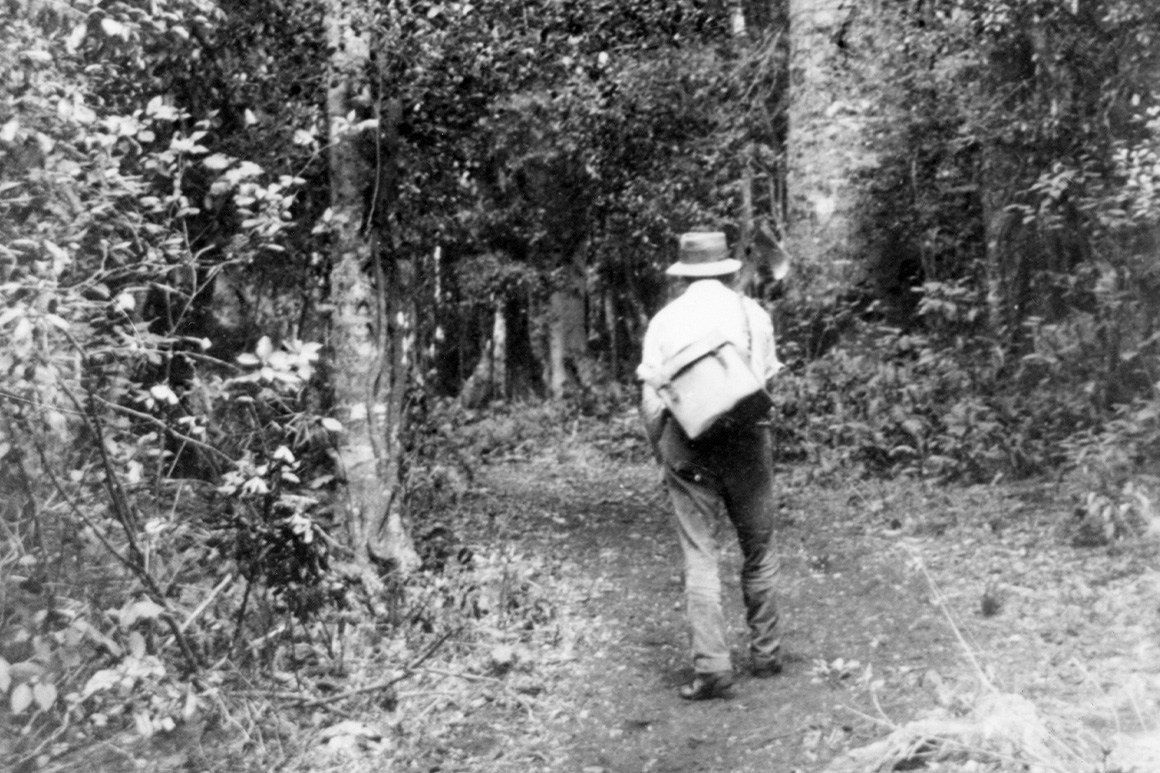 Man on bullock wagon track in the Bunya Mountains, 1920 | State Library of Queensland

Despite being declared as a national park, timber continued to be harvested in the Bunyas until 1917. Then, a new era (of conservation and tourism) dawned in 1939 with the construction of the first walking tracks in Bunya Mountains National Park.

First Nations peoples have a strong enduring cultural connection with the Bunyas, through trading, family, songs and stories—and they assist with the management of the national park.

Today, you can visit the Bunyas and follow in the footsteps of early nature-lovers. Relax in the cool mountain air, gaze up at towering ancient bunya pines and learn about the cultural importance of the Bunyas. 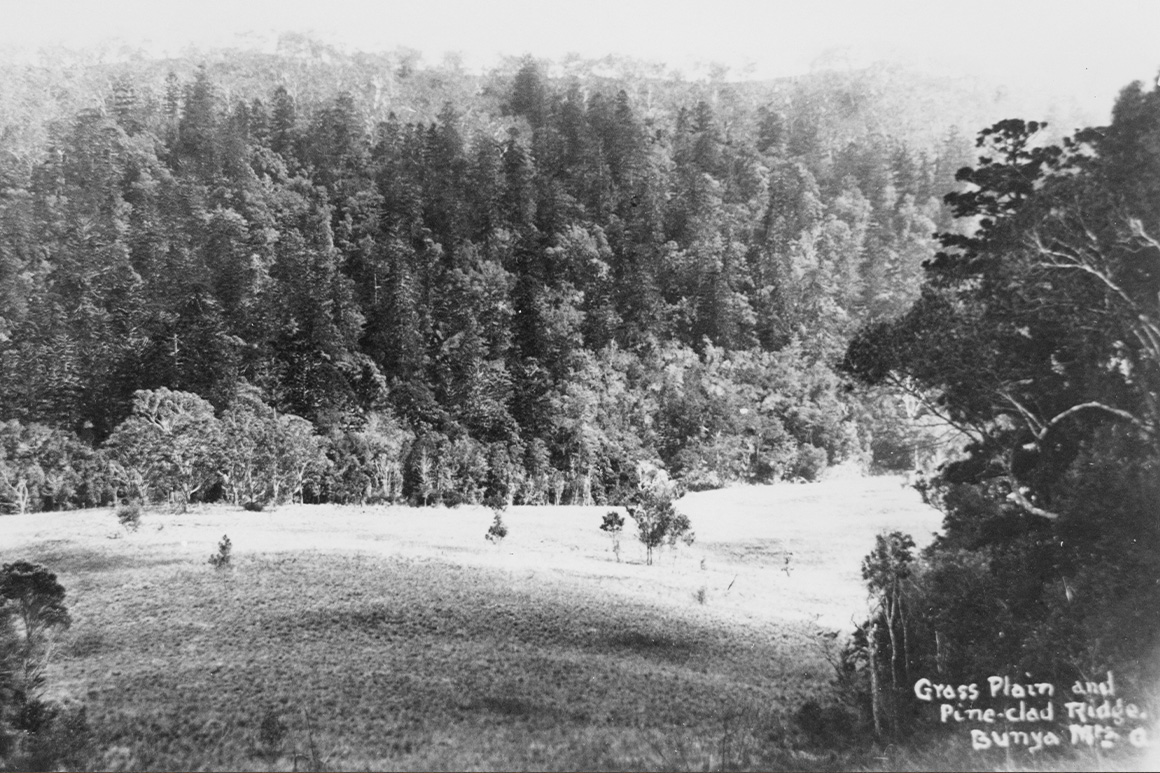 Feel gratitude towards those early visionaries who believed, back in 1908, that ‘it would be a disgrace to allow this beautiful spot to be alienated or otherwise lost to the public'. 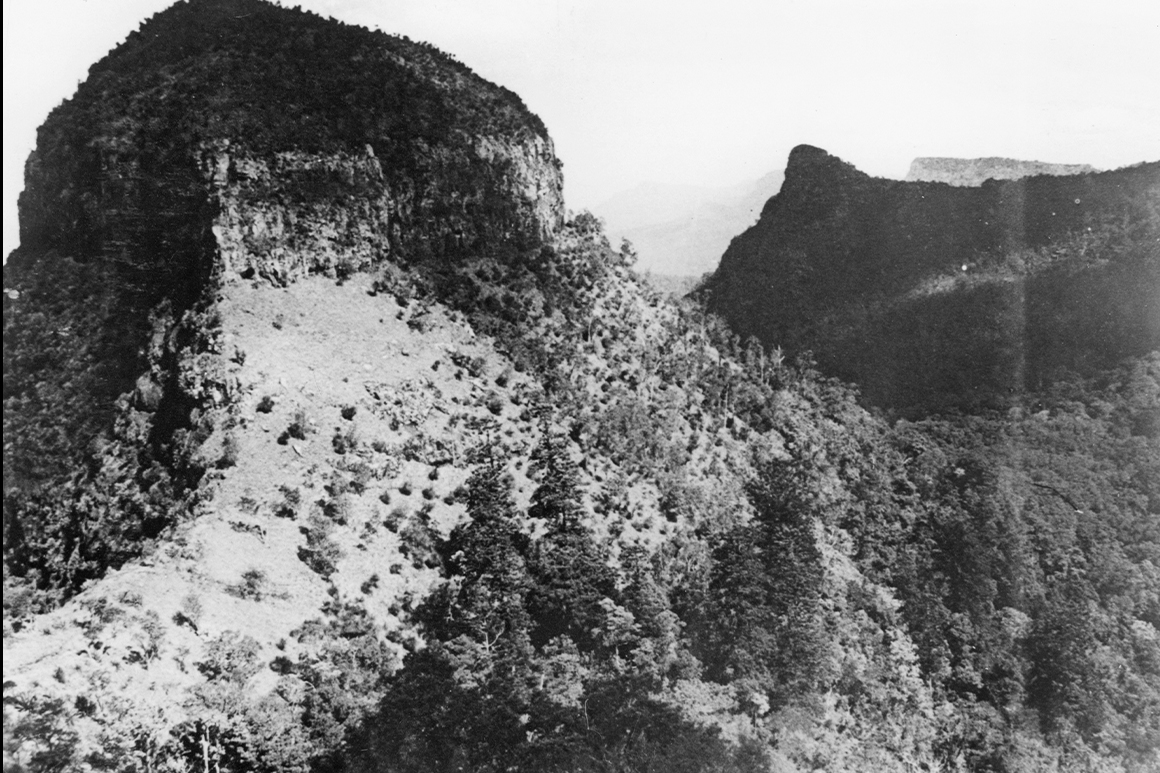 In 1828, European explorer Alan Cunningham ‘found’ a gap in the Great Dividing Range—already known of course to First Nations peoples, who lived in the area and felt a strong connection with the forests, steams and landforms, long before European settlers found ways to cross the ranges… Cunninghams Gap seemed to offer a transport route between Moreton Bay and the ‘newly-discovered’ Darling Downs. It soon proved too steep for bullock wagons and an alternative route was found.

Timber-getters followed in the explorers’ wake and began harvesting the extensive forests of the ranges. By the early 1900s, they had depleted red cedar and turned to other timbers. Locals lobbied to protect Cunninghams Gap from this heavy logging, and the national park was declared in July 1909. Walking tracks were built in the park from the late 1930s, and later, other parks were reserved along Main Range. In 1980, they were amalgamated to form Main Range National Park. 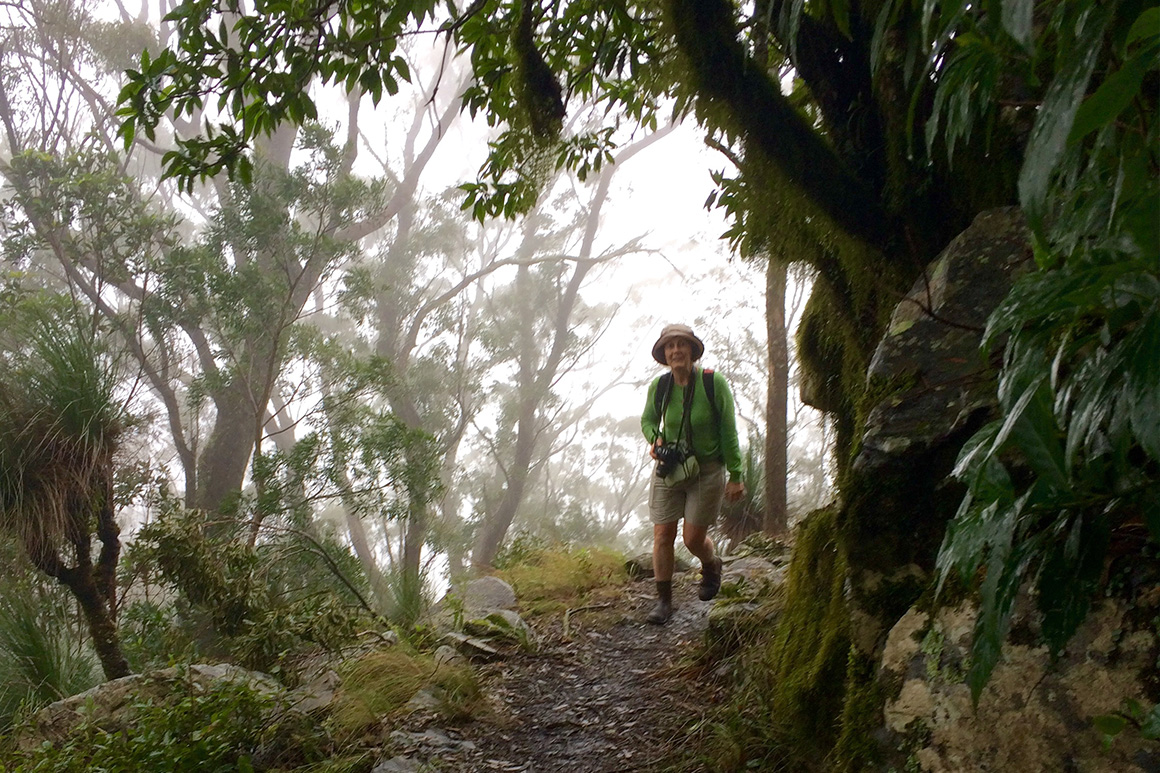 Visit Cunninghams Gap section, Main Range National Park, today to pay silent homage to those who fought for its protection, and the First Nations peoples who have cared for this country for countless generations.

Take an easy stroll on the 1.6km Rainforest circuit to gaze over extensive views of volcanic peaks, the Fassifern Valley and Lake Moogerah. To truly immerse yourself in this breathtaking landscape, take your pick of longer hikes such as the 9.8km return Gap Creek Falls track (best after rain when the falls are flowing) or the 6.8km return Mount Cordeaux track to the mountain’s exposed upper slopes (not for the faint-hearted!). By 1910, Queensland had 7 national parks—most of them close to Brisbane. They became popular places of recreation for harried city-dwellers! 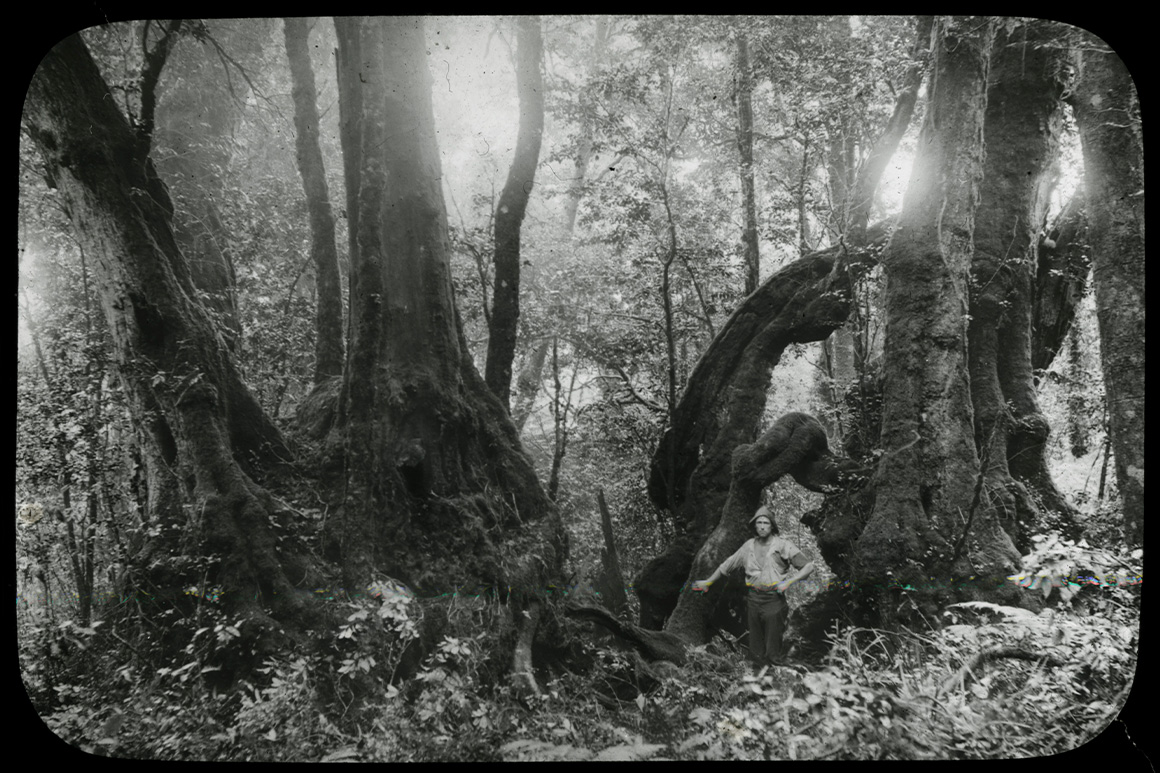 The McPherson Ranges, on the New South Wales–Queensland border, are home to the Danggan Balun people—they view the mountains as sacred and spiritual, places to be nurtured and respected. 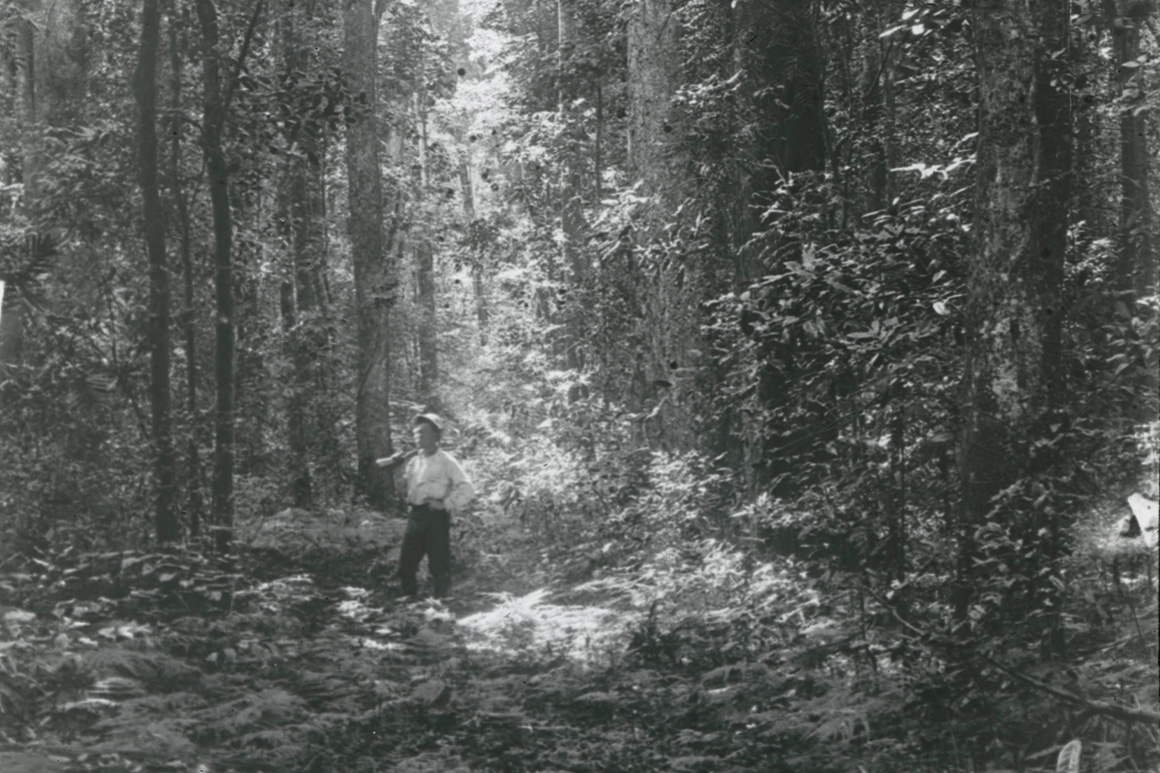 European explorers arrived in the area in the mid-1800s and timber-getters soon followed, on their relentless quest for red cedar.

By the 1870s, battle lines were drawn between land clearers (for timber and farming) and people who believed forests should be preserved. Pastoralist Robert Collins, inspired by the ideal of Yellowstone, began to campaign to conserve the McPherson Ranges and their grand forests. By the 1900s, with timber all but gone from the surrounding area, the fight to preserve the precious remnants of the McPherson Ranges forests intensified. Collins (who died before the park was declared) was joined in the struggle by Romeo Lahey (from a local saw-milling family). He was determined to have these places kept for ‘people who would love them, but who did not even dream of their existence.’ Today, in World Heritage-listed Lamington National Park, you can explore this wondrous ancient forest, carved by clear-flowing creeks and cascading waterfalls, on an extensive network of walking tracks, ranging from short strolls to full day hikes.

One visit is not enough—each time you visit is a different experience. The challenge is deciding where to start! 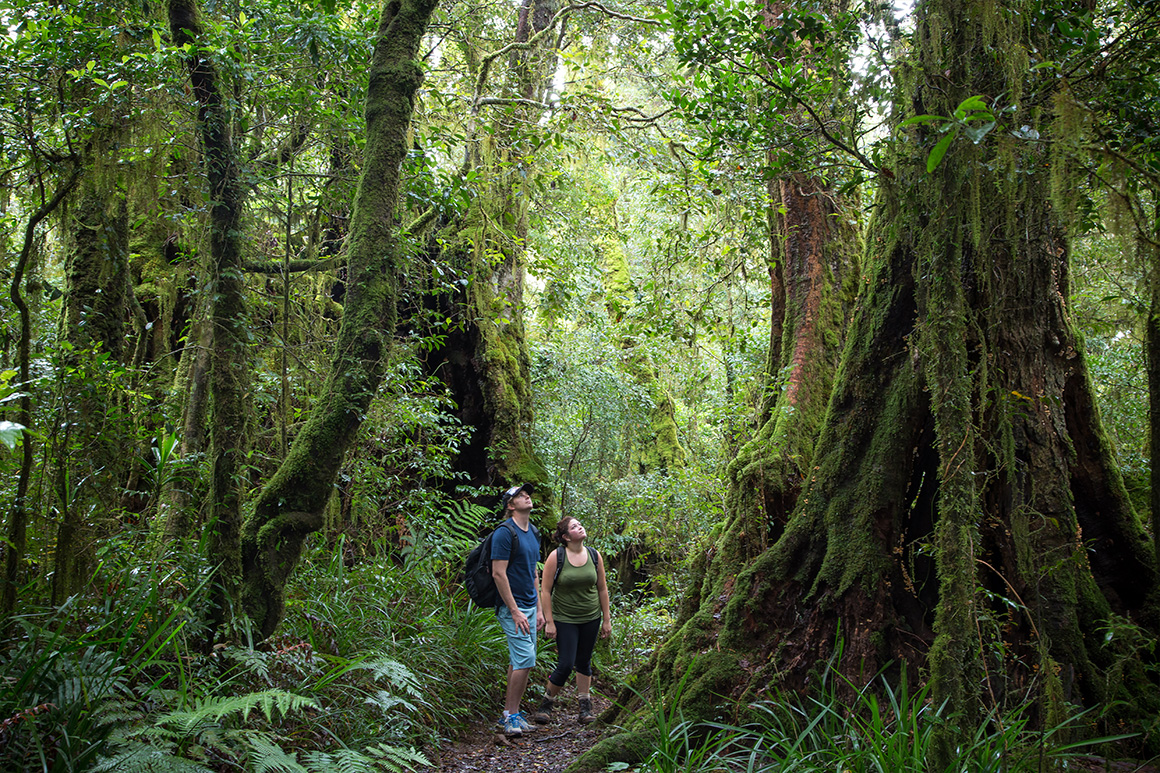 Whatever you do when you visit, find out more about the Danggan Balun people who belong to this land—starting with a visit to the Binna Burra Information Centre.

And be sure to cast a silent vote of thanks to the far-sighted passionate dreamers who fought to preserve this special place for the future.

Romeo Lahey was not finished! In 1930, he and Arthur Groom set up the National Parks Association of Queensland to continue lobbying for the protection and preservation of national parks.

Over the past 90 years, people have increasingly valued parks for their recreational possibilities—picnics, walking, rock climbing, bird watching and camping.

If the ‘harried city-dwellers’ of the early 1900s needed a ‘nature escape’, it is even more important for us today, with our increasingly urban and digitally-connected lifestyles. We now recognise the health and well-being benefits of spending time in nature.

We have also come to realise the importance of protecting parks for natural values—since the 1970s, parks have been protected for biodiversity. Today parks are managed in partnership with First Nations peoples for the protection of both natural and cultural values.

‘Roll up, that’s an invitation, roll up for the magical history tour that’s waiting to take you away…’

We hope you’ve been inspired to take a tour of our earliest parks—they’ve got everything you need, satisfaction guaranteed!

Find out more about the National Parks Association of Queensland.