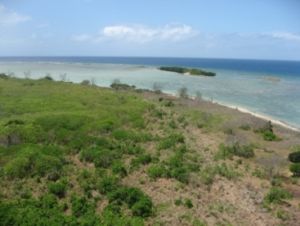 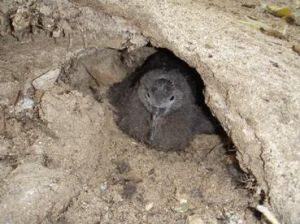 Camping is permitted on Two Islands (a) between 1 April and 31 August only. Seabirds may be nesting outside these times. A maximum of 10 people for up to 14 days is permitted. Camping is not permitted on the other islands within Three Islands Group National Park.

There are no walking tracks on the national park islands. Visitors may walk around the beaches of Two and Three islands sub-groups, between 1 April and 31 August. To protect nesting seabirds please refrain from accessing the beach outside of this time. Remember to watch your step—seabirds may be nesting in sand and vegetation outside this time. Nesting seabirds are easily disturbed leaving chicks vulnerable, and vegetation is easily damaged which can lead to erosion.

Be aware that crocodiles can turn up anywhere in croc country, including tidal reaches of rivers, along beaches, on offshore islands and cays in the Great Barrier Reef and Torres Strait, and in freshwater lagoons, rivers and swamps. Crocodiles are dangerous and attacks can be fatal. Remember to be crocwise in croc country.

There are no public moorings in the waters around Three Islands Group National Park. Public moorings are provided around Lizard Island. Read more about public moorings and anchoring. If you must anchor around these islands please follow these guidelines.

A Marine National Park (Green) Zone encompasses the reef and waters surrounding Three Islands and Rocky Islets sub-groups. These ‘no-take’ areas prohibit extractive activities like fishing or collecting. Check zoning information and maps before entering or conducting any activities in the marine parks.

Fishing is allowed around the Two Islands sub-group. Take only enough fish for a meal—remember bag and size limits apply. See Fisheries Queensland for more information.

Spearfishing (snorkel only) is allowed in the waters surrounding the Two Islands sub-group. Spearguns must be dismantled and stowed before taken onto the national park.

Three Islands Group National Park is an ideal birdwatching location with over 63 bird species recorded. Of these, 27 species are recognised in international agreements/conventions. Endangered little terns, vulnerable beach stone-curlews and near threatened (rare) eastern curlews and sooty oystercatchers have all been seen within the park.

Large roosting populations of bridled terns and large breeding colonies of pied imperial-pigeons are found on the Two and Three islands sub-groups with up to 10,000 pairs of the latter found in the closed forests of Two Islands (a).

Wedge-tailed shearwater burrows cover much of the ground on Rocky Islet (a), which is the only breeding site for these birds in the Cairns section of the Great Barrier Reef Marine Park. Like their close relatives the albatross, shearwaters spend all of their life at sea (except when breeding) diving for fish, squid, crustaceans or plankton. Clumsy on the ground, they often crash land when returning to their nest and require a runway such as a log or uphill slope to take off. Rocky Islet (a) also has one of the largest breeding populations of bridled terns. Vulnerable hawksbill turtles also nest on the island.

Avoid nesting seabirds at all times. If parent birds are disturbed chicks and eggs can become vulnerable—easily destroyed by heat, cold and predators if left unprotected. Remember, to protect nesting birds, access to Rocky Islet (a) is prohibited (PDF, 146.9KB) —birds on this island can only be viewed by boat. Please only access Two and Three islands sub-groups between 1 April and 31 August.