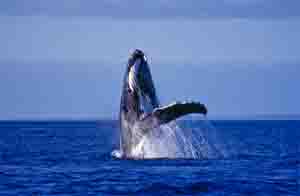 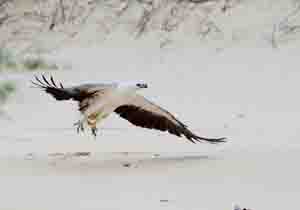 White-bellied sea eagles are stunning from any vantage point.

South Stradbroke Island Conservation Park features 22km of pristine white surf beach on the eastern side of the island. The calm waterways of The Broadwater on the western side are perfect for paddling and other water sports.

The striking golden swamp wallaby, endemic to North and South Stradbroke islands, and the agile wallaby, once common to the region, are often seen on the island.

The park offers spectacular views of the Gold Coast and vantage points to catch glimpses of humpback whales on their annual migration between July and October.

Looking after the park

Minimise your impact. Terrestrial, and marine, plants and animals depend on us to keep land, ocean and estuarine areas clean.

See the guidelines on caring for parks for more information about protecting our environment and heritage in parks.

The Queensland Parks and Wildlife Service (QPWS) manages South Stradbroke Island Conservation Park to conserve its natural and cultural resources. Gazetted in 1993, the conservation park covers 1,444ha of the island and is protected under the Nature Conservation Act 1992.

For tourism information for all regions in Queensland see Queensland Holidays