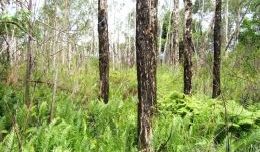 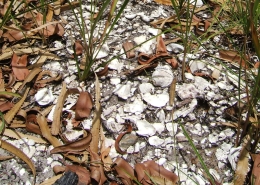 Pine Ridge Conservation Park is culturally, economically and historically important to the Traditional Owners who have lived in the area for thousands of years and maintain strong connections to this country.

The diverse flora and fauna of the coastal lowlands provided a rich bounty of food and other resources. Shell heaps (middens) are reminders of many meals of shellfish, especially 'ginyin-gar' (oysters). Middens are irreplaceable examples of Aboriginal culture.