The island foreshores are a combination of small, sandy mangrove beaches and rocky sandstone and are subject to varying amounts of both natural erosion and growth. Along the exposed south-east foreshore, large sandstone boulders lie discarded from the cliff faces above. 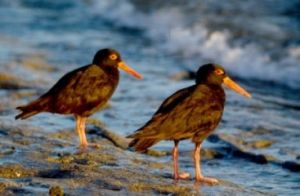 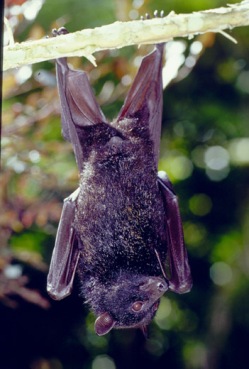 The grassed summit of Ronganhu is windswept with few shrubs and large rocky areas. Olilu has similar vegetation, mainly grassland or herbland between its many bare, rocky areas. Wind-sheared shrubs are scattered in sheltered spots.

During the day, terns leave the colony to feed at sea. See their swift and graceful flights to and from the island and watch as they hover over the water, dipping and plunging to feed on small fish. At night they return to the island and gather in large groups, roosting on the ground and in low bushes.

Terrestrial birds such as pied currawongs Strepera graculina and rose-crowned fruit-doves Ptilinopus regina can be found on the islands. Look for varied honeyeaters Lichenostomus versicolor and dusky honeyeaters Myzomela obscura feeding on the nectar of grevilleas. The profusely flowering bushman’s clothes peg trees produce large amounts of nectar, attracting a variety of birds. However, it is the woody fruits, that were once used as clothes pegs, that gives the tree its name.

Wandering about the rocky outcrops, discover black-tailed monitor lizards Varanus tristis scampering into crevices. Along the foreshore near threatened (rare) rusty monitors Varanus semiremex live in holes in mangrove trees. Fish, crabs and insects are their favoured meal. Witness the evening exodus of black flying-foxes as they fly from their roosts in the mangroves in search of native blossoms and fruits.

Surrounding the islands, fringing reefs and seagrass beds provide food and shelter to animals such as dolphins, dugongs, turtles and estuarine crocodiles Crocodylus porosus. During the breeding season vulnerable green turtles Chelonia mydas may be seen nesting on the beaches of Ronganhu and Olilu islands. Seagrass beds are also a significant nursery for commercial prawn species.