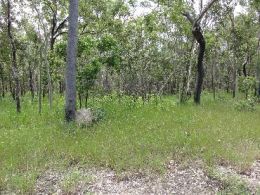 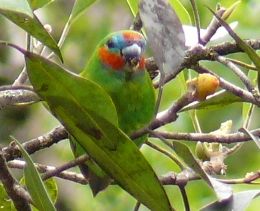 The park is part of the Wet Tropics World Heritage Area and protects an uninterrupted habitat corridor from the coast to the tablelands. It also supports the endangered southern cassowary Casuarius casuarius johnsonii (southern population) which has suffered in the past partly due to forest clearing and fragmentation. Conserving the parks habitat will help the long-term survival of this unique and beautiful tropical bird.

The park is also home to the vulnerable Macleay’s fig-parrot Cyclopsitta diophthalma macleayana and the vulnerable rufous owl (southern subspecies) Ninox rufa queenslandica. Macleay’s fig-parrot is the smallest of all Australian parrots and has also suffered due to the loss and degradation of its rainforest habitat. It feeds mainly on figs, but also on other soft fruit and sometimes insect larvae. The rufous owl (southern subspecies) is an active night hunter feeding on other birds, small mammals, large insects and sometimes crayfish. It is secretive during the day—hiding in temporary roosts. During the breeding season however, it stays with its nest, vigorously protecting it from danger. Rufous owl numbers have been reduced due to habitat loss and feeding on poisoned rodents.