The island is separated from the mainland by the narrow Hinchinbrook Channel, which represents the flooded valley of the Herbert River. Most of the island is mountainous with steep slopes and only a narrow coastal plain. Near George Point, there is an extensive deposit of sand and, at the north-eastern extremity of the island, a peninsula juts to the north. This peninsula consists of four separate rocky outcrops joined by sand dunes. Generally, these dunes are low-lying, but can reach heights of up to 60 m near the northern end of Ramsay Bay. The sheltered side of these dunes supports an extensive mangrove and salt flat area on colluvial and alluvial deposits, with numerous deep channels. Another extensive mangrove area is present between Gayundah and Deluge inlets and numerous smaller occurrences are scattered around the coast. Melaleuca swamps on the Thorsborne Trail. Mangrove forest on the Thorsborne Trail.

Hinchinbrook Island lies in the wet tropical rainforests biogeographic region. It is subject to hot and humid conditions and high rainfall, with occasional short spells of cooler, dry weather in winter. These factors, along with generally poor, shallow soils, determine vegetation patterns. To date, about 30 plant communities have been identified, with around 700 species recorded.

While areas of rainforest occur at low and high altitudes, most of the mountainous part of the island is covered with open forests and low heaths on shallow soil. The mangroves which line Missionary Bay and Hinchinbrook Channel form one of the largest mangrove areas on the Australian continent and include 31 species of mangrove. Some small but significant areas of broad-leaved tea tree Melaleuca viridiflora woodland occur on the north coast. Vegetation types such as this have assumed conservation importance as similar types on the mainland face increased rates of clearing. This is true of most of Hinchinbrook Island's plant communities, particularly lowland types, which may well be restricted to Hinchinbrook Island in years to come. A survey of all the tropical lowlands from Ingham to Cooktown indicated that Hinchinbrook Island National Park and Hinchinbrook Channel are of outstanding importance because of the diversity of rare communities. About 14 species of threatened plants have been recorded on the island, although it is highly likely that others exist awaiting discovery. One species of the shrub Comesperma—Comesperma praecelsum—is known only from Hinchinbrook Island. Other species such as the blue banksia Banksia plagiocarpa and sundew Drosera adelae are restricted to the island and adjacent mainland. 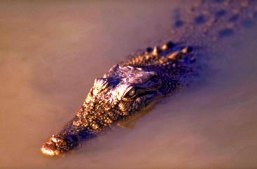 Severe tropical Cyclone Yasi crossed the Queensland coast near Mission Beach around midnight on 2 February 2011. Wind gusts near the centre of the cyclone reached around 285km/hr and damaging winds and heavy rains extended 400 km along the coast between Cairns and Townsville, and inland to Mount Isa.

A tidal surge of 5m was recorded at Cardwell (2.3m above the highest astronomical tide). High rainfall totals between 200–300mm were experienced in the 24 hours following the cyclone, with South Mission Beach recording the highest total of 471mm.

Significant wind damage occurred between Innisfail and Townsville; in particular the area around Tully and Cardwell, including Hinchinbrook Island National Park, suffered major damage to structures and vegetation. The parks and forests within the cyclone’s path suffered extensive damage with tree falls; loss of branches, epiphytes and vines; and leaf stripping of the canopy. As part of Queensland Parks and Wildlife Service’s disaster response, rangers from around the state were quickly mobilised to begin the immense task of reopening parks. Tropical cyclones are a natural part of the dynamics of the North Queensland landscape. These rainforests are ‘hyper-disturbed ecosystems’, with patches of damaged forest constantly recovering from previous cyclonic events. Rainforest plants have evolved many strategies for recovering from the damage caused by high winds; and some species (pioneers) are ready to spring to life and fill the gaps created in the canopy. The rainforest is quick to recover from cyclones—changes can be seen day-by-day.

The Traditional Owners, the Bandjin and Girramay people, work closely with QPWS to make decisions about the management of their ancestral country known as Munamudanamy.

Munamudanamy is the ancient Biyay name for the landscape that Europeans termed ‘Hinchinbrook’, after the estate of the Earl of Sandwich, Captain Cook’s sponsor. The name ‘Hinchinbrook’ is a singularity, a simple name for a single island. Munamudanamy is more complex, and is the collective name that describes the journey through the landscape of sea, mangroves, rivers, swamps, forests and mountains; each with their own individual names and stories.

Find out more about the Bandjin people’s connection to Munamudanamy.

There are few sites of post-contact cultural or historical significance on the island, with the exception of the wreck of an American B-24 Liberator bomber, which crashed on Mount Straloch's southern slopes on 18 December 1942. The bomber, known as the 'Texas Terror', crashed during a violent storm, killing all 12 people on board. Fresh from the factory and heading for the battlefields of Papua New Guinea and the Solomon Islands, the B-24 was being flown from Amberley to the bomber base at Iron Range in far north Queensland. Read more about the crash.

Cyclone Yasi in February 2011 shifted tons of sand to uncover the remains of an old sailing ship in Ramsay Bay. The brigantine Belle was lost 130 years ago while attempting to recover cedar that had washed ashore from another wrecked vessel, the Merchant. A total of five ships have been wrecked in the same area.