The Great Sandy Marine Park contains a vast array of marine habitats and coastal landscapes. The almost pristine estuary of Baffle Creek lies next to the northern boundary of the marine park. There are remote beaches, south of Baffle Creek, which stretch to Littabella Creek and beyond to the Kolan River. Moore Park's beaches are popular for low-key activities such as swimming and walking. However, the coast changes abruptly south of the Burnett River and along the Woongarra coastline to the Elliot River.

The sandy shores were transformed into basalt boulder shores, about one million years ago, when a volcanic eruption threw tonnes of volcanic rock into the sea. These days, fringing coral communities thrive just offshore from the Woongarra coast and receding tides reveal interesting rock pools.

The sandy beaches that stretch south of the Woongarra Coast are easily accessible from the coastal towns of Woodgate, Burrum Heads and Toogoom. The northern most headland of the town of Hervey Bay, Point Vernon, has folded sedimentary rock strata and this interrupts the sandy beach landscape. Mature fringing coral reef communities line the Hervey Bay coast from Gatakers Bay south to Torquay and to the edges of Woody, Little Woody and Round islands.

World Heritage-listed K’gari (Fraser Island), the world's largest sand island, is renowned for its remarkable natural beauty. Its influence over the marine park cannot be understated. The island shelters Hervey Bay's extensive waters from wind and surf. Its formation from sands drifting north from granites eroded from the New England Tableland has created an amazing calm water channel between K'gari and the mainland called Great Sandy Strait. The strait's inter-tidal sand banks, mud flats, salt marshes and calm waters are ideal for the development of extensive seagrass beds and mangrove forests.

An indicative map of the various benthic (sea floor) habitats (PDF, 1,019.0KB) that occur in the marine park was developed to support the review of the zoning plan and day to day management of the marine park. The map was the outcome of a benthic habitat mapping project in the initial stages of the review, that applied the Queensland intertidal and subtidal ecosystem classification scheme 1 to identify and map the marine park’s habitat types. This process was guided by an expert panel to help identify and categorise the ecological attributes and the different combinations of these used to determine each habitat type. Identification of the marine park’s habitat types was informed by approximately 80 different biophysical and biological attribute data sources as well as the mapping of the intertidal and subtidal ecosystem types of Central Queensland. The final marine park typology and map of 23 habitat types, has been refined throughout the review process due to newly available data, expert input and local knowledge.

Read more about the main habitat types in the Great Sandy Marine Park.

Threats to habitats in the marine park

Read more about some species of interest in the Great Sandy Marine Park.

Threats to the wildlife of the marine park 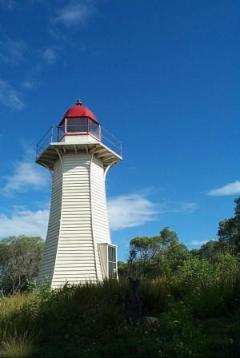 Aboriginal use of the coast and marine region extends back at least 5,500 years and continues today. Clans and families came together for the plentiful seafood and seasonal delicacies such as turtle eggs. Evidence of Aboriginal occupation includes shell middens, stone artefact scatters and stonewalled fish traps on some island and mainland areas.

The Bailai, Gurang, Gooreng Gooreng, Taribelang Bunda people, the Butchulla, and Kabi Kabi First Nation peoples have a connection with the waters now identified as the Great Sandy Marine Park. Today these Traditional Owners continue to practise their native title rights and interests and have an ongoing spiritual connection to land and sea Country and the protection of their Cultural landscape.

The legacy of having lived as part of Country over millennia has resulted in significant Aboriginal Cultural resources continuing to exist over, and within, the landscape. These Cultural resources include story lines, creation stories, sacred animals, stone-walled fish traps, shell middens, trade routes and traditional foods. The zoning plan for the Great Sandy Marine Park protects five fish trap areas, along the mainland shore and one near (Big) Woody Island, by prohibiting anchoring and other activities that could damage the fish traps.

Dry rubble walls and wharfs were constructed by South Sea Islander labourers (circa 1890) with rocks cleared from land destined for sugar cane farming. These walls can still be seen within and around Mon Repos Conservation Park, which adjoins the marine park.

There are a number of non-indigenous cultural heritage sites in the Great Sandy region. These include Woody Island's lighthouses and the lighthouse at Sandy Cape on K’gari (Fraser Island). In the marine park there are old oyster leases, remnants of Pettigrew’s Cooloola Timber Tramway and McKenzie’s Jetty, used to load and transport goods, as well as logs, to the mainland. There are also wrecks of aircraft and various shipwrecks such as the SS Maheno on the eastern beach of K’gari (Fraser Island). Many of these items are listed on the State Heritage Register or as historic shipwrecks under Commonwealth legislation. The ex-HMAS Tobruk was scuttled in the marine park in 2018 and now rests on the sea bed as an artificial reef and dive site.