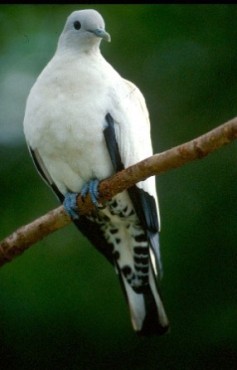 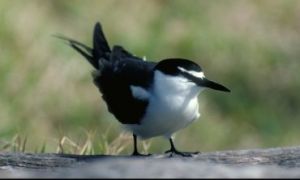 The Frankland Islands are outcrops of weathered metamorphic rock, once part of a coastal mountain range, separated from the mainland by a rise in sea level 6000 years ago. Round Island is a small rocky outcrop rising to 28m in height. Normanby, Mabel and Russell islands have elevations of 20m, 26m and 78m respectively. High Island is a steep rainforest-clad island, 10km to the north of the other islands. It covers 69ha and is 158m high, making it the largest of the group.

Various species of birds have been recorded including little, black-naped and bridled terns, beach stone-curlews (vulnerable), ruddy turnstones, grey-tailed tattlers, white-breasted woodswallows, rose-crowned fruit doves, sacred and forest kingfishers and a variety of honeyeaters and large raptors. The islands are important nesting locations for a number of species of birds which are increasingly threatened by disturbance and habitat destruction elsewhere. Normanby and Russell islands host nesting colonies of pied imperial-pigeons. These birds migrate to Australia from New Guinea each summer to breed and nest on the islands. They play an important role in the ecology of the islands—feeding on rainforest fruits on the adjacent mainland and bringing rainforest seeds and nutrients to the islands in their droppings.

Normanby Island frequently supports a colony of spectacled flying-foxes Pteropus conspicillatus. Russell Island has a small population of sheathtail bats that are found in the rocky outcrops and caves on the island.

The reefs around the islands are diverse with an interesting range of fish, corals and invertebrates.

The Frankland Islands are part of the sea country of the Mandingalby Yidinji and Gungandji. The waters and fringing reefs around the islands are still the focus for traditional use of marine resources.

Lieutenant James Cook named the islands in 1770 in honour of two 18th century sailors—a Lord of the Admiralty and his nephew, both named Sir Thomas Frankland.

A short-lived beche-de-mer station was established in 1866. The islands were used as a base camp during exploration expeditions in 1848 and during Dalrymple's north-east coast expedition in 1873.

In the early 1900s, the Frankland Islands became a popular fishing and boating destination for local people. The wreck of a steel boat lies off Normanby Island and another wreck has been recorded off High Island.

A lighthouse was built on Russell Island in 1929 and converted to solar power in 1989. Russell Island is now a Commonwealth island. High, Normanby, Mabel and Round islands have been protected as national parks since 1936. The surrounding waters were included in the Great Barrier Reef Marine Park in 1983.