Be inspired: Little-known family camping escape on the Burrum Coast

Dreaming of escaping from the family routine? No school lunch boxes to pack, no mad scramble to ballet lessons and football training? Photo credit: © Ross Naumann A frilled lizard photographed on the Banksia track in the Woodgate section. Several flower colour varieties exist for Grevillea banksii. The white variety is common in this area. 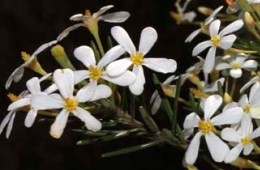 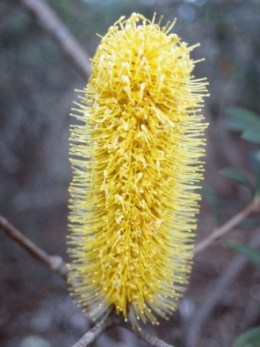 A variety of banksias occur throughout the park.

Birds are the most visible and vocal, especially in the cooler parts of the day when they take advantage of the park’s abundant food sources. The area is also widely known for the diverse range of butterfly species that can be seen throughout the year.

From the beach, look for shorebirds, dolphins, sea turtles and dugong. Migrating humpback whales may be seen from August to October.

Between November and March, threatened loggerhead and green turtles use the park’s warm beach sands to incubate their eggs. Take care not to disturb nesting and hatching turtles. Wait until after a turtle has travelled up the beach and has been digging its nest for some time before approaching it quietly. Keep lighting to a minimum as bright lights disorient turtles. Read more about turtle watching.

Varied soil and water conditions in these sand-based coastal lowlands allow a myriad of plants to thrive. In spring, wallum plants provide spectacular displays of delicate wildflowers. Wallum was a name used by Aborigines for the banksias found in these communities, particularly Banksia aemula and Banksia serrata, from which they obtained sweet nectar. These low plants with tough leaves grow in profusion throughout the heathlands.

Wallum banksia Banksia aemula is a large, robust shrub that thrives in the park's well-drained sandy soils. The large flower spikes are usually pale yellow or cream in colour and occur in summer and autumn. Large, tough serrated leaves cup the flower spikes at the end of fire-resistant knobbly trunks and branches. Banksia serrata is a very similar, but slightly larger, shrub.

Leptospermum liversidgei, with stringy grey bark and fine, dense green foliage, puts on a floral display between December and February. The stalkless white, or sometimes pink, open flowers give way to brown woody seed capsules which stay on branches for many years. Under certain conditions, this shrub can exude a distinctive lemon scent.

Wedding bush Ricinocarpos pinifolius is a relatively widespread shrub within the park. It has perfumed, white, star-shaped flowers. The male flowers have central yellow stamens. Attractive to wildlife and visitors alike, it flowers profusely from June to November and prefers sandy conditions.

Swamp banksia Banksia robur is a large, spreading, salt-resistant shrub that tolerates a range of soils but requires good drainage. The velvety serrated leaves, dark green in colour, grow from gnarled branches. Magnificent upright dark green flowers fade to lime green and then brown. The flower spikes are an attractive food source for many birds and small mammals. The woody cones, with open or closed seed capsules, linger on these shrubs for many months.