We recognise the traditional custodians of the K’gari (Fraser Island) World Heritage area (K’gari), the Butchulla people, and pay our respects to Elders past, present and emerging.

K’gari (Ph: Gar- ree), is the home of the Butchulla people, who continue to hold strong links with the land and sea. Their strong association to this country was recognised through the determination of Native Title in 2014 and 2019. The continued custodianship of the Butchulla people is critical to the conservation of nature and culture on this internationally recognised island. In the Butchulla language, “K’gari” means paradise.

This World Heritage property covers 181,851 hectares, which includes K’gari and several small islands off the island's west coast. It is the world’s largest sand island—123km long and 25km at its widest point—and provides an outstanding example of ongoing biological, hydrological and geomorphological processes.

The scale of rainforest vegetation on the island’s coastal dune systems is very unique. K’gari boasts the world’s largest unconfined aquifer on a sand island and is also home to half of the world’s perched freshwater dune lakes.

The island is a place of exceptional beauty, characterised by its long beaches, tall rainforest, coastal heaths, freshwater lakes and ever-evolving sand dunes. 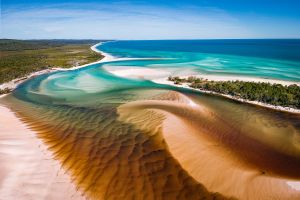 For thousands of generations Butchulla people have lived in harmony with the seasons and the land and sea, maintaining a balance between spiritual, social and family connections.

Butchulla people want their messages of care and respect for the land to reach all people visiting the World Heritage property. As visitors explore K'gari, they will see signs carrying a ‘welcome to country’ message from the Butchulla:

Good day. Welcome! Butchulla people, Traditional Owners of K’gari, welcome you to Country. May all our good spirits be around you throughout the day. Wherever you go leave only footprints.

K’gari is a striking landscape of sand-dunes and perched freshwater lakes. It is also the only place on Earth where subtropical rainforests grow entirely on sand. The island is home to long stretches of sandy beaches, rainbow-coloured sands, rare frogs and a striking diversity of birds.

The island includes over 250km of sandy beaches with long uninterrupted sweeps of ocean beach, more than 40km of strikingly coloured sand cliffs, as well as spectacular dune blowouts, tall rainforests on sand, dune lakes and a mosaic of landscapes. 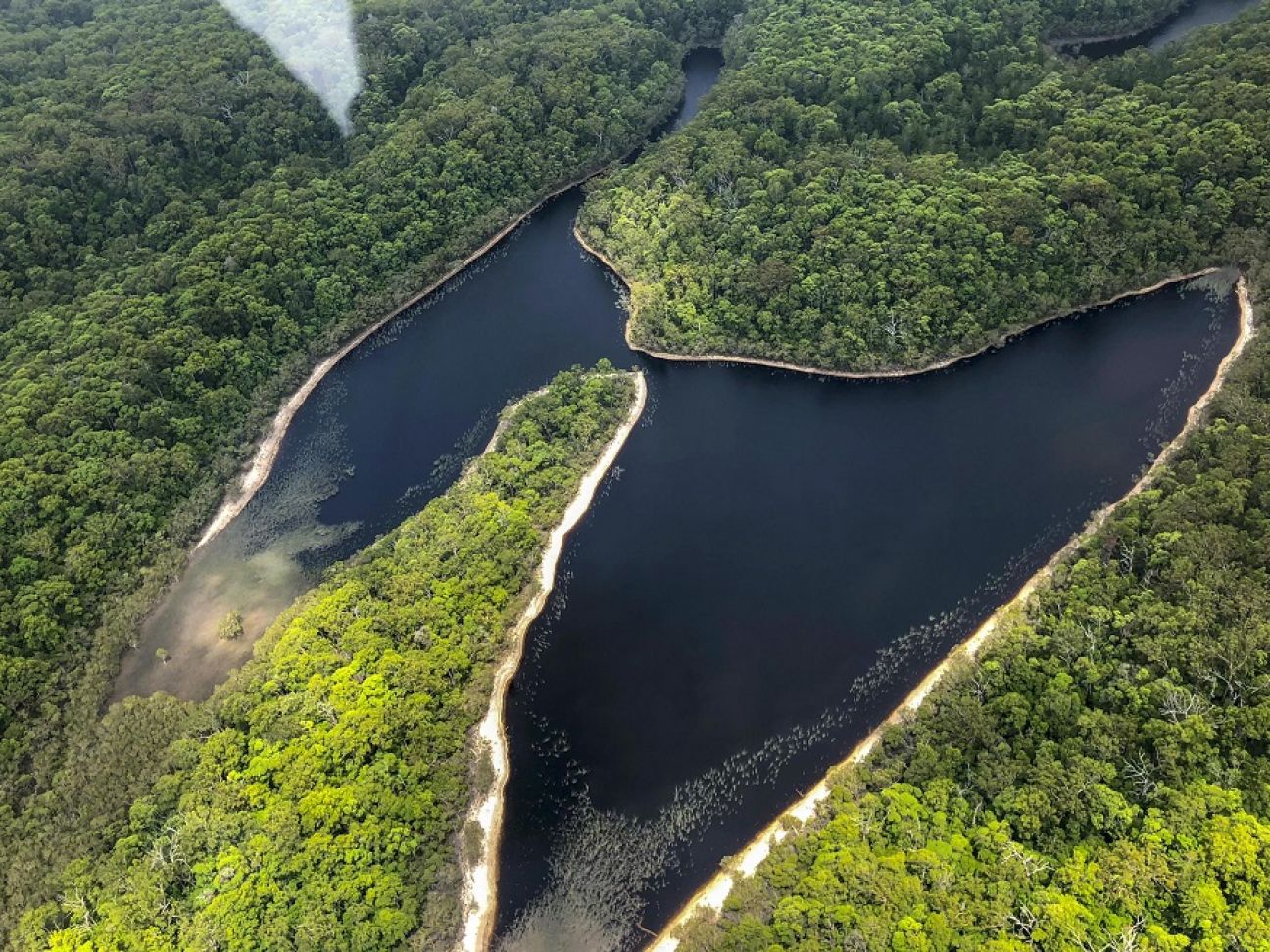 Coloured Sands, known as the Pinnacles, sculptured by natures elements are one of K’gari’s natural wonders. 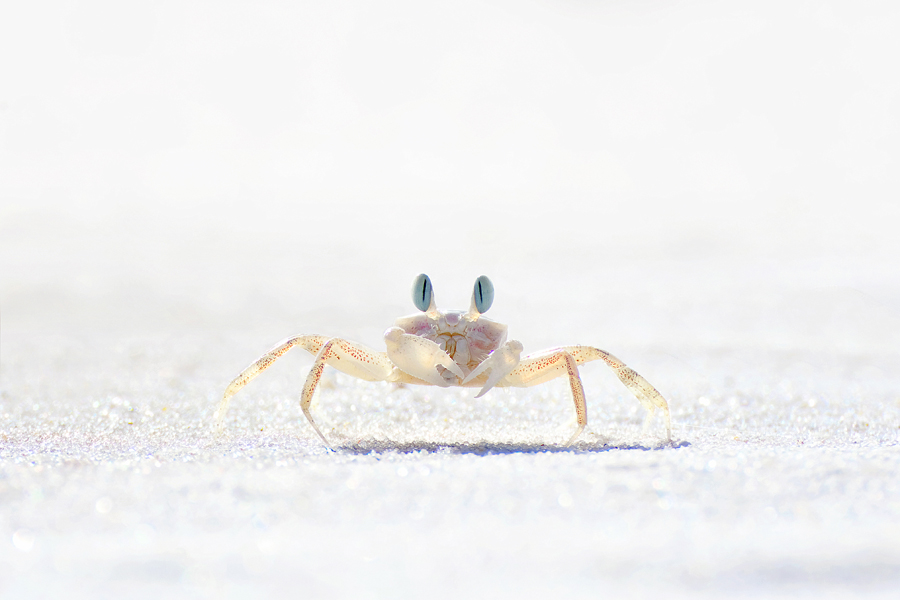 K’gari’s sand dunes are some of the oldest in the world, and over half of the world’s perched freshwater lakes are also found here.

Lake Boomanjin is the largest ‘perched’ lake in the world and covers 200 hectares and sits 130 metres above sea level. it is regarded as an outstanding natural phenomenon by the World Heritage Committee.

The Butchulla people are the Traditional Owners of Fraser Island—K’gari is their name for Fraser Island, which idyllically translates to ‘paradise’.

Wanggoolba Creek is home to the magnificent giant King Fern—a relic ancestor from about 200 million years ago. It reputedly has the largest fronds of any fern on Earth—up to 8m in length.

Valley of the Giants contains trees more than 1,200 years old and greater than 4m across the trunk, all growing in sand.

Giant Satinay trees, resistant to marine borers, were logged and used to build the Suez Canal, Urangan Pier and homes in the local region, as well as rebuild the London Docks after World War II. 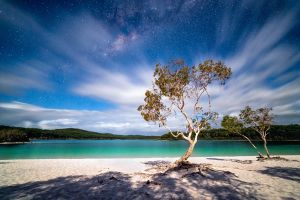 Management of the World Heritage area

Most of the World Heritage area is contained within the K’gari (Fraser Island) Great Sandy National Park, visit this site for visitor information including park safety updates.

The Queensland Parks and Wildlife Service in the Department of Environment and Science is responsible for the day-to-day management of K’gari.

If you are interested in joining our mailing list to be informed about future opportunities to be involved in the advisory committees or for any further information, email world.heritage@des.qld.gov.au.

Following each meeting of the advisory committees, the Chair prepares a communique for the Queensland and Commonwealth Ministers responsible for World Heritage matters. Communiques outline high-level discussions and key recommendations of advisory committees and since 2016, have been published here as soon as they are available.

‘Snap Up Some Paradise’ photo competition

In 2018, a photo competition was held to celebrate the 25th anniversary of K'gari's (Fraser Island) inscription on the prestigious World Heritage List. See the winning photographs from the 'Snap Up Some Paradise' photo competition.