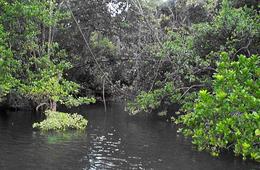 Parts of Annan River and Walker Bay, adjacent to southern edge of Cooktown.

Protection of valuable commercial, recreational and Indigenous fisheries resources; management of diverse habitats in near pristine condition near the township of Cooktown.

Considered critically important to the Yuku Baja Muliku people who have had a connection to this location for generations.