from wreck to reef

The scuttling of the ex-HMAS Tobruk is a project in partnership between the Queensland Government, Bundaberg and Fraser Coast Regional Councils to create an artificial reef and world-class dive site in the Hervey Bay region. 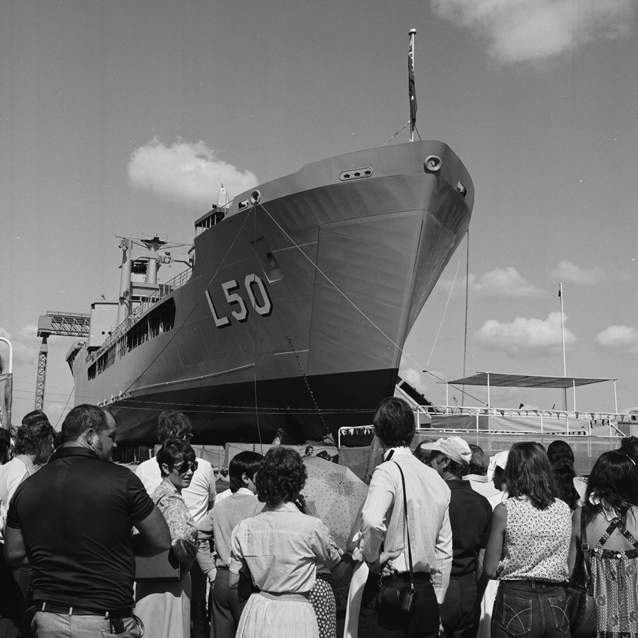 Launch of the Tobruk at Carrington slipways, 1980.
Photo: © Commonwealth of Australia

During her distinguished 34-year long career, ex-HMAS Tobruk provided heavy-lift capabilities to transport equipment and personnel to and from Australian and foreign shores.

With two helicopter decks, a tank deck, a vehicle deck and a roll on/roll off function, she was an imperative part of the Royal Australian Navy fleet. 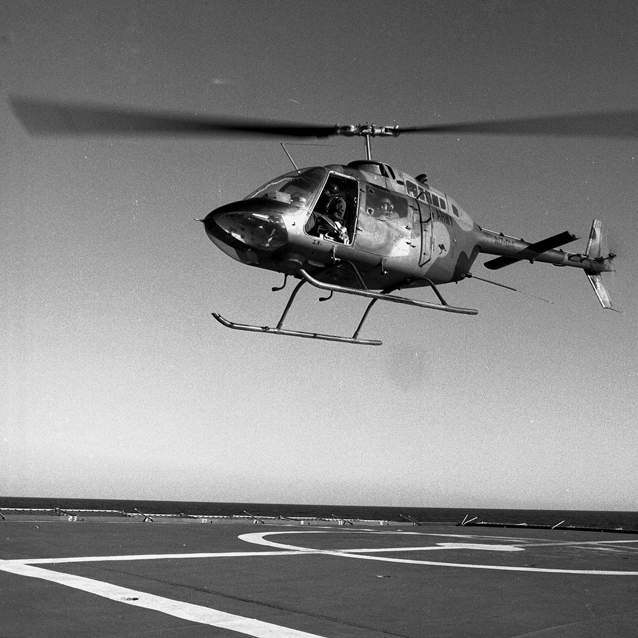 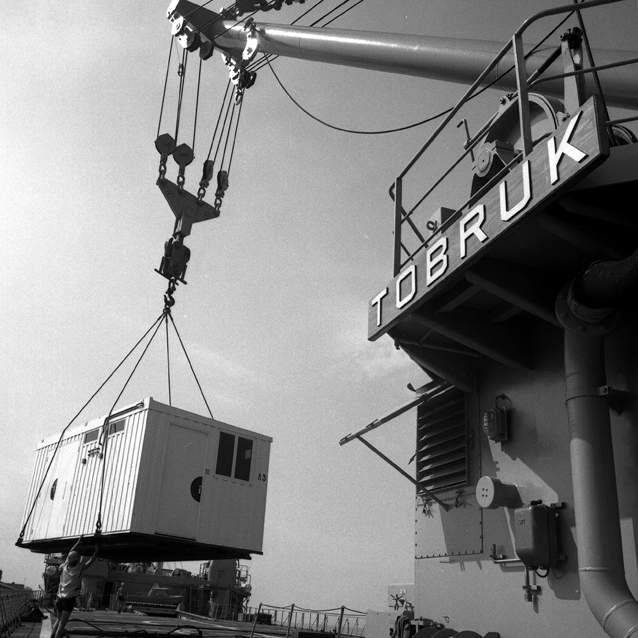 Ex-HMAS Tobruk could transport up to 18 tanks in the tank deck, and could provide accommodation for up to 520 troops. Her first overseas deployment was to Ashdod, Israel in 1982. Ex-HMAS Tobruk embarked eight helicopters, as well as stores and equipment to assist the Royal Australian Air Force as part of a peace treaty between Egypt and Israel. The ship filled her passport with countless international ports, providing humanitarian aid to foreign countries. She supported cyclone affected Tonga and Vanuatu following the devastation of Tropical Cyclone Isaac in 1982, and Vanuatu again in the wake of Tropical Cyclone Pam in 2015. She also participated in Samoa and Tonga in response to a devastating tsunami in 2008. 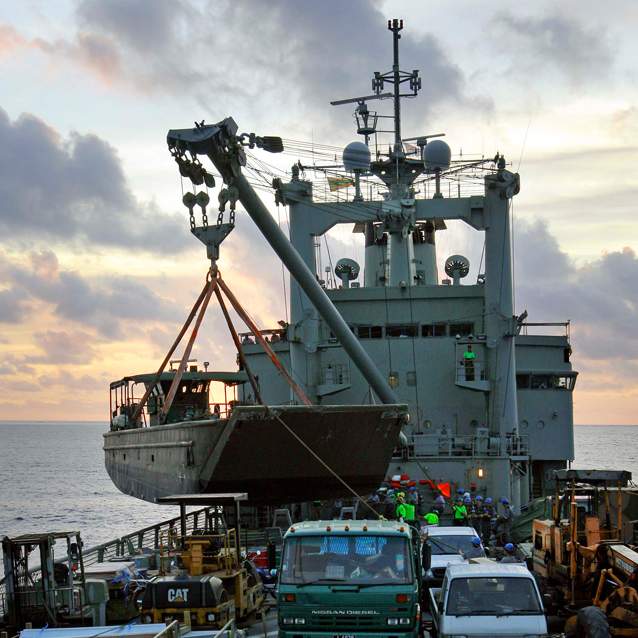 During the Christmas of 1992, ex-HMAS Tobruk was called upon to assist with the transportation of vehicles, equipment and personnel to provide humanitarian relief in Somalia under Operation SOLACE. During this time, ex-HMAS Tobruk also provided training for US Marines and Navy Seals. In 1993, ex-HMAS Tobruk was awarded the Duke of Gloucester’s Cup for displaying the highest level of proficiency for the year. 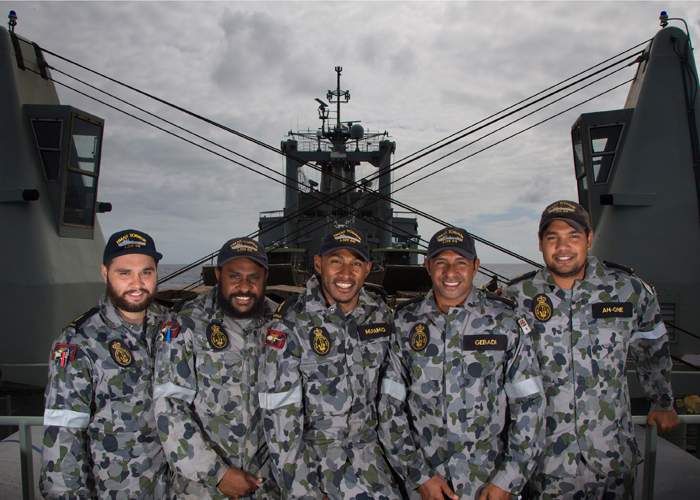 The ship was put to use again in 1994, when she transported 669 personnel and equipment to Bougainville Island as part of an Australian commitment to the South Pacific Peacekeeping Force. She visited Bougainville again on numerous occasions from 1997-2000, providing logistics and transportation support and assisting the Truce Monitoring Group to address issues between the warring factions.

Ex-HMAS Tobruk received a Ship’s Commendation for efforts in East Timor from 1999-2000. She transported 1,353 tonnes of cargo and 289 troops as well as humanitarian stores to the area, assisting with security issues until the arrival of UN peacekeepers. The ship and her crew participated in another vital operation in June 2000, supporting the evacuation of Australians from the Solomon Islands after the overthrow of the central Government. A cease-fire agreement was made on board ex-HMAS Tobruk between the warring factions.

She was decommissioned on 31 July 2015 and towed to Bundaberg Port in December 2016 to begin preparations for scuttling. Stories from the ship

These stories tell the important role that ex-HMAS Tobruk played during her service as a heavy lift ship, as well as the bravery and endurance shown by the service personnel who worked on her.

John was an engineer on ex-HMAS Tobruk when she was first commissioned in 1981. He participated in her first international visit to Israel with UN peacekeeping efforts.

Luke served on the ship from 1991 to 1993 conducting general duties. He participated in many exercises during his service, of particular significance his participation in Operation Solace, providing peace keeping efforts in Somalia at the end of 1992.

Wayne spent time on ex-HMAS Tobruk while working for
1-RAR. He remembers weeks spent on board ex-HMAS Tobruk, conducting training exercises as part of the military. 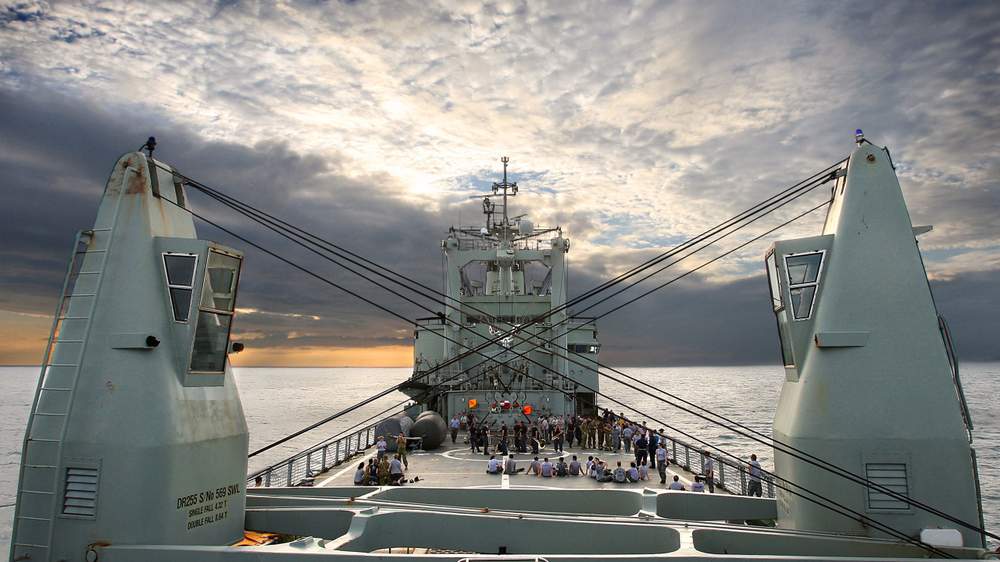 Ex-HMAS Tobruk was towed to Bundaberg in December 2016 to begin preparations for scuttling. From here the ship was prepared to ensure that any materials harmful to the environment were removed, and that the ship is safe for divers. Cleaning operations included the removal of fuels, oils, greases, hazardous material, and items that could break loose during the scuttling process.

Diver access holes were cut to allow safe, easy access for divers, and allow light into the lower decks.

The Department consulted with the community and speciality groups to get their input into the dive design.

The ship landed on its starboard side. Independent appraisals were conducted to consider righting (parbuckling) the ship and leaving it in place. Extreme risks, lengthy time delays and high costs meant that leaving the ship on her side was the best option.

The dive design of the ship was reconfigured which included cutting additional holes in the port (upper) side of the ship, closing a few compartments due to safety concerns and securing large items.

The ship is lying on it's starboard side dominated by tidal flows. The upper surface of the wreck is in 10.9m (LAT) of water, providing excellent access for open water certified divers to the entire length of the ship. The port propeller and rudder are located in approximately 17m of water.

Due to the open design of the ship wreck, certified divers have access to explore 8 deck levels, including a 100m swim within the cavernous tank deck.

Visibility is typically between 8m and 20m with the best visibility in winter and on the slack tides.

Vessels that access the site will moor on the allocated mooring. There is a diver transit line that runs from the mooring line (about 5m depth) to the ship. This will guide divers to and from the ship.

The warm waters of Harvey Bay have seen a rapid colonisation of the wreck. The wreck is already home to molluscs, corals, demersal and pelagic fish species, turtles, rays, sharks and is expected to be visited by migrating whales. To book a dive on ex-HMAS Tobruk visit Fraser Coast Tourism and Events for tours leaving Hervey Bay or visit Bundaberg Region Tourism for tours leaving Bundaberg. Bookings can be made from either of these websites for divers on a private vessel. The ex-HMAS Tobruk site is a restricted access area (PDF, 313KB). Entry to the area is prohibited without a permit or written approval. This applies to everyone—all vessels, divers and snorkelers. 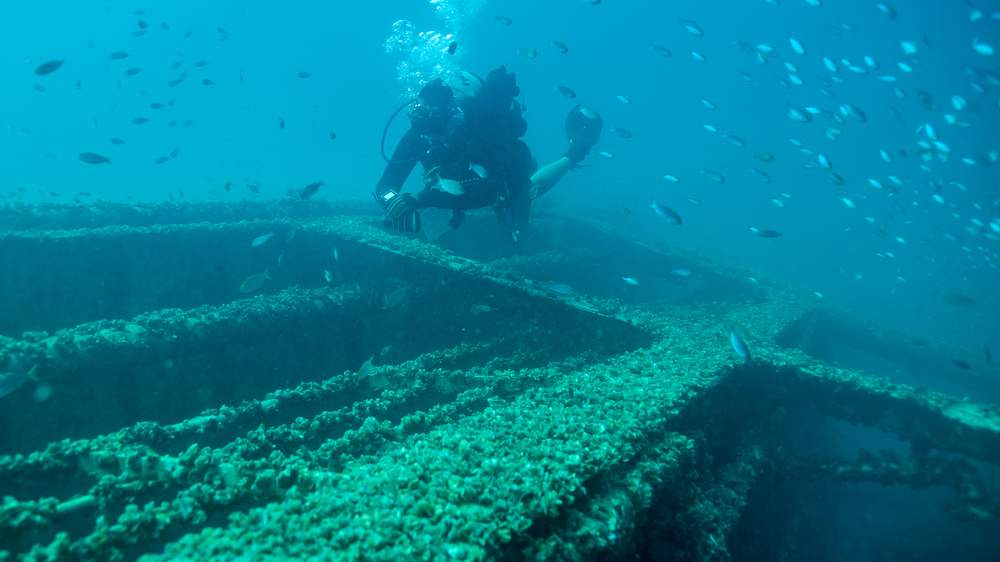 Ex-HMAS Tobruk - from Wreck to Reef

Access the text version of the stages from wreck to reef, and Steven Jones' letter of his time spent on the ex-HMAS Tobruk.